[THIS MAN POSTED A COMMENT ON OUR ARTICLE, Does God Create Homosexuals? BELOW IS OUR RESPONSE]

You are lying, that is not and never has been the teaching of Mother Church. I remember being different from other boys as far back as age 3...

I am a Catholic and I accept whole and undefiled the doctrines of the Church. I identify with the Resistance of Bishop Williamson. So you cannot claim I am a Modernist, I am simply saying you are not accepting the true Catholic teaching on same sex attraction. It is not because of my sins, but original sin and our fallen nature and race that I have the attractions I have. I remember as a child, saying so many times to God, that He needed to fix my broken sexuality, because I couldn't. No matter how much fasting, how many Rosaries, how many Confessions and Communions, no matter how much penance, nothing changed. I always was attracted to girls as well, but I always liked other boys as well. Christ gave this to me as a cross to take up daily.

The Holy Catholic Church was founded by Christ not as a prison of persecution, but a hospital for the broken men and women. Christ is our loving God and Saviour because we are not perfect, yet He loves us beyond the comprehension of man. It may condemn an action or heresy, but will never turn someone away who seeks Christ. His religion is the largest worldwide source of relief for the poor, the hungry, the sick, and repentant. It opens up the doors of unending compassion, for sinners of all kind, for single mothers, widows, orphans, married and divorced. For gay, for straight and for bi for the lonely and for sinners of all kind; her mission is the same. It is that of Our Lord Jesus Christ, true God and true man, Eternal King of the Ages, as she is His Mystical Bride made up of the Mystical Body. Her mission is to save souls. The Church teaches that although it is not of the Natural order that one is homosexual it is not a sin in itself, for one cannot sin if he has not done anything wrong. We are called to a life of celibacy and to be holy, just as all Christians are called to be holy. That is okay, because in reality what people long for is not sex, but love - to love and to be loved, it whatever form. Sexual love is just one form of love, but agape, love love on God can give is so much greater.

I don't want to sound as if I'm not making Holy Mother Church's teachings clear that sexual actions outside of a true marriage between man and woman are sinful, but rather I am also professing that with the Holy Church has always believed. That all people are children of the living God and He loves us all for whoever He made us to be. And that we all will be happiest and holiest when serving Him in the lifestyle He has by Divine Wisdom called us to. Because the Church is not for the Saint but the sinner. Those that are gay, are no different that those who are straight, we are all called to chastity and sexual purity. We all must unite ourselves the Christ and His cross, like Mary, Our Lady of Sorrows. St. Paul said in Scripture, I hath been crucified with Christ: now I liveth not, but Christ liveth in me: and the life which I now live in the flesh I live by the faith of the Son of God, who loveth me, and gave Himself for me.” He is doing what all are called to do by Our Blessed Divine Lord, “Then Jesus saith unto his disciples: If any man wishes to come after me, let him deny himself, take up his cross, and follow me. For he that will save his life, shall lose it: and he that shall lose his life for my sake, shall find it.”

MHFM: Joseph, your letter is a prime example of why you remain afflicted with a perverted same-sex 'attraction'.  You are lying to yourself and rejecting the truth.  Our position is very clear: same-sex attraction is not natural.  It is the result of sin and a rejection of God, as Romans 1 teaches (see below).  You make reference to some alleged ‘Catholic teaching’ which you believe contradicts our position.  You believe this ‘teaching’ declares that there is nothing perverted about men being attracted to men, and women being attracted to women, but you cite nothing of course.  That's because no such teaching exists.

You also state: “I identify with the Resistance of Bishop Williamson.  So you cannot claim I am a Modernist…”  This is an example of how you are quite deceived.  Identifying with the false resistance of Bishop Richard Williamson doesn’t prove you are not a modernist.  On the contrary, it actually proves that your positions are heretical and schismatic, and that you are following a modernist.  Richard Williamson is a modernist, a heretic, and a schismatic.  He is not a true Catholic.  You really need to watch this video: The Truth About The SSPX, The SSPX-MC, And Similar Groups (video).  It proves that the 'Resistance' you are embracing is not Catholic.

You should also see this file on him: Williamson, Bishop Richard of the SSPX: a schismatic and a wolf in sheep’s clothing.

Among other things, Richard Williamson holds that one may attend the invalid, non-Catholic New Mass.  He declared that the notorious idolater and apostate Antipope John Paul II was a “good man”.  He declared that the notorious apostate Benedict XVI is “in good faith”.   He denies the dogma Outside the Church There Is No Salvation, as all priests ordained by the SSPX do.  He, in fact, holds that Jews, Muslims, etc. can be saved without the Catholic faith, contrary to the dogmatic teaching of the Council of Florence.  He therefore does not profess the Catholic Church's teaching on salvation.  In addition to being heretical, his positions are TOTALLY SCHISMATIC and involve a rejection of papal infallibility.  He does not have the true faith.  His positions are a rejection of Catholic truth about the Papacy.  The 'Resistance' is false and schismatic.  Those who obstinately follow him or embrace his positions do not have the true faith.  To obstinately embrace his positions, or those of the 'Resistance', is to be the equivalent of the schismatic ‘Old Catholics’ or the Eastern ‘Orthodox’.  You need to reject his false positions and embrace the true Catholic faith, as covered in our material.  Once you do that and get into the state of grace, then you can and will be delivered from your perverted inclinations.

Even though you don’t say it explicitly, you imply that you were ‘gay’ from your earliest years, even from the age of three.  We doubt you have such memories from that age.  Homosexuals deceive themselves and frequently lie.  But even if one were, for the sake of argument, to accept your claim to have been a conscious homosexual from the age of three, we would respond thus: if you claim to have been conscious of such things from the age of three, that suggests that you reached the age of reason at the age of three.  Well, as soon as one arrives at the age of reason, he can reject the truth.  He can resist or reject God and sin mortally.  Deliverance to unnatural attractions can be the result of such a rejection of God, even from an early age.  Some people are just not of the truth. Some people just refuse to have God in their knowledge (Romans 1:28), and they make that decision early on.  St. Thomas explains that as soon as a person reaches the age of reason, he can direct himself to the proper end or he can refuse to do so.  If he chooses to do the latter, he sins mortally.  Since you claim to have possessed such an understanding of yourself and your activity from the age of three, then you could have refused to have God in your knowledge and rejected the proper end at that age.  That could be why you have same-sex ‘attraction’, and had it from a very early age.  But it’s more likely that you rejected God and the truth a number of years later than you describe, and that resulted in your perverted inclinations.

St. Thomas Aquinas, Summa Theologiae, Pt. I-II, Question 89, A.6: “Now the first thing that occurs to a man to think about then [when he reaches the age of reason] is to deliberate about himself... whereas if he does not then direct himself to the due end, and as far as he is capable of discretion at that particular age, he will sin mortally, for not doing that which is in his power to do.” 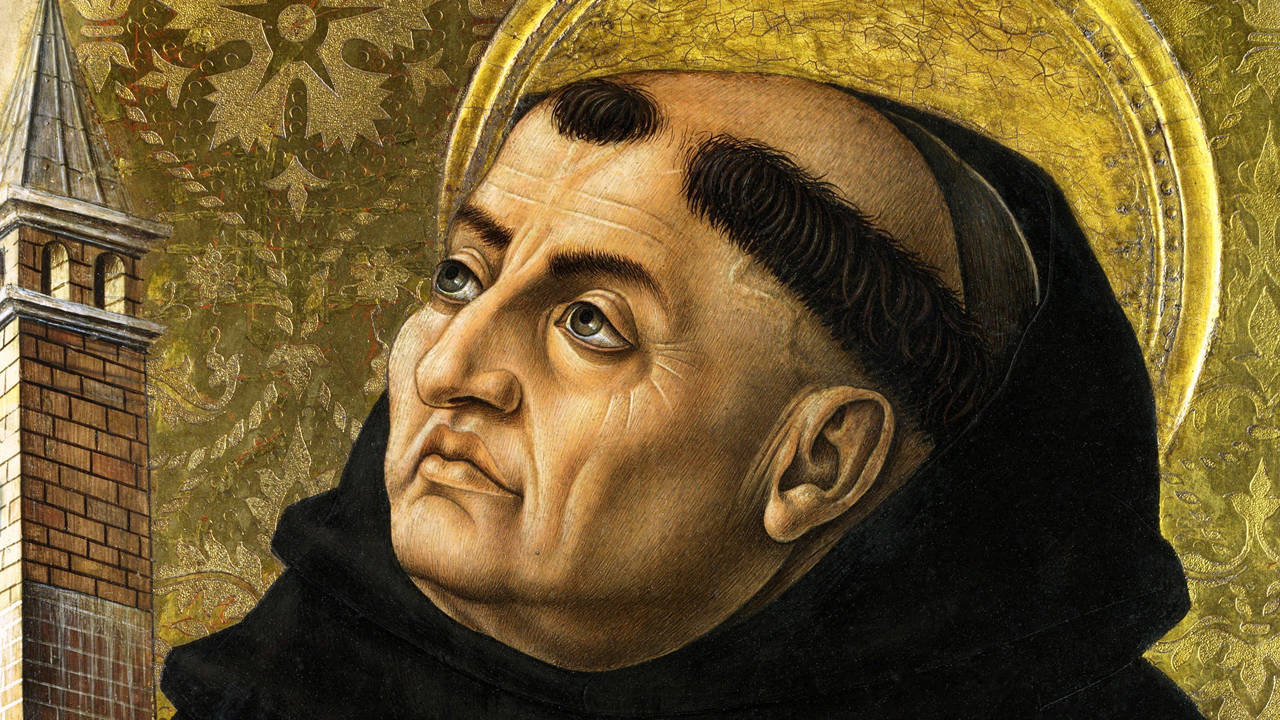 You were given over to homosexuality as a result of your resistance to the truth.  You can be delivered from it when you actually become a real Catholic.  Our material covers the true positions, and it explains how to become a true Catholic.  But don’t expect to be delivered from your perverted inclinations while you are following a schismatic false resistance that denies papal infallibility, among other things.  You will only be delivered if and when you embrace the true faith and get into the state of grace.  We hope you embrace the true faith.  When you do, the true power of God's grace will be available to you.  Until then, your prayers (and the other acts you mention) won't be efficacious.  It's necessary for your salvation to embrace the true faith.

Romans 1- “Because that, when they knew God, they have not glorified him as God, or given thanks; but became vain in their thoughts, and their foolish heart was darkened… who changed the truth of God into a lie; and worshipped and served the creature rather than the Creator, who is blessed for ever. Amen. For this cause God delivered them up to shameful affections. For their women have changed the natural use into that use which is against nature. And, in like manner, the men also, leaving the natural use of the women, have burned in their lusts one towards another, men with men working that which is filthy, and receiving in themselves the recompense which was due to their error… they who do such things, are worthy of death; and not only they that do them, but they also that consent to them that do them.”

Sister Lucia of Fatima To Fr. Fuentes, 1957: “Look, Father, the Most Holy Virgin in these last times in which we live has given a new efficacy to the recitation of the Holy Rosary.  She has given this efficacy to such an extent that there is no problem, no matter how difficult it is, whether temporal or above all, spiritual, in the personal life of each one of us, of our families, of the families of the world, or of the religious communities, or even of the life of peoples and nations, that cannot be solved by the Rosary.  There is no problem I tell you, no matter how difficult it is, that we cannot resolve by the prayer of the Holy Rosary.” 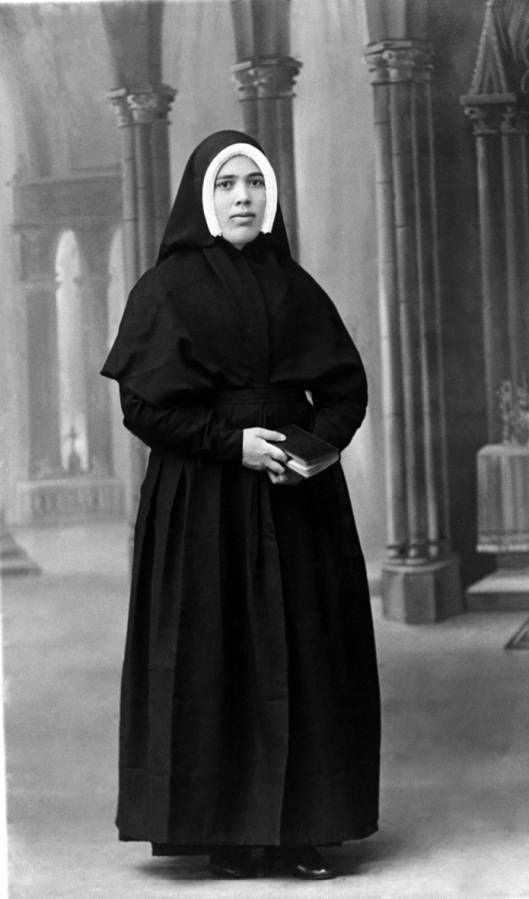