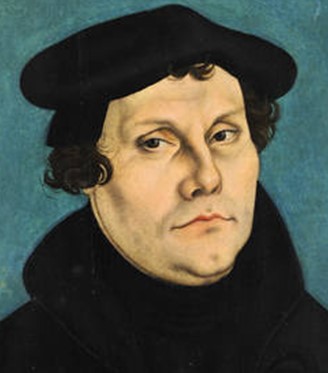 Martin Luther, perhaps the most notorious heretic in Church history, taught the heresy of Justification by faith alone, among many others

Besides antipopes reigning from Rome due to uncanonical elections, the Catholic Church teaches that if a pope were to become a heretic he would automatically lose his office and cease to be the pope.  This is the teaching of all the doctors and fathers of the Church who addressed the issue:

It should be noted that the teaching from the saints and doctors of the Church, which is quoted above – that a pope who became a heretic would automatically cease to be pope – is rooted in the infallible dogma that a heretic is not a member of the Catholic Church.

“The Holy Roman Church firmly believes, professes and preaches that all those who are outside the Catholic Church, not only pagans but also Jews or heretics and schismatics, cannot share in eternal life and will go into the everlasting fire which was prepared for the devil and his angels, unless they are joined to the Church before the end of their lives…”[2]

“For not every sin, however grave it may be, is such as of its own nature to sever a man from the Body of the Church, as does schism or heresy or apostasy.”[3]

We can see that it’s the teaching of the Catholic Church that a man is severed from the Church by heresy, schism or apostasy.

“The practice of the Church has always been the same, as is shown by the unanimous teaching of the Fathers, who were wont to hold as outside Catholic communion, and alien to the Church, whoever would recede in the least degree from any point of doctrine proposed by her authoritative Magisterium.”[4]

“No one who merely disbelieves in all (these heresies) can for that reason regard himself as a Catholic or call himself one.  For there may be or arise some other heresies, which are not set out in this work of ours, and, if any one holds to a single one of these he is not a Catholic.”[5]

“By the heart we believe and by the mouth we confess the one Church, not of heretics, but the Holy Roman, Catholic, and Apostolic Church outside of which we believe that no one is saved.”[6]

Thus, it’s not merely the opinion of certain saints and doctors of the Church that a heretic would cease to be pope; it’s a fact inextricably bound up with a dogmatic teaching.  A truth inextricably bound up with a dogma is called a dogmatic fact.  It is, therefore, a dogmatic fact that a heretic cannot be the pope.  A heretic cannot be the pope, since one who is outside cannot head that of which he is not even a member.

“No one, therefore, unless in communion with Peter can share in his authority, since it is absurd to imagine that he who is outside can command in the Church.”[7] 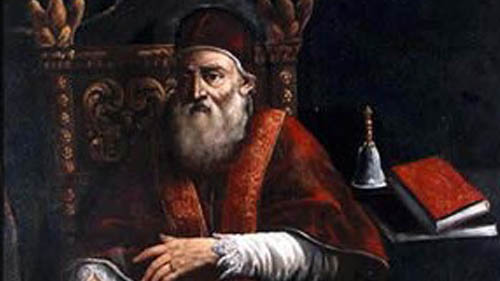 At the time that Paul IV issued the Bull (quoted below) there were rumors that one of the cardinals was a secret Protestant.  In order to prevent the election of such a heretic to the Papacy, Pope Paul IV solemnly declared that a heretic cannot be validly elected pope.  Below are the pertinent portions of the Bull.  For the entire Bull, see our website.

Pope Paul IV, Bull Cum ex Apostolatus Officio, Feb. 15, 1559: “1… Remembering also that, where danger is greater, it must more fully and more diligently be counteracted, We have been concerned lest false prophets or others, even if they have only secular jurisdiction, should wretchedly ensnare the souls of the simple, and drag with them into perdition, destruction and damnation countless peoples committed to their care and rule, either in spiritual or in temporal matters; and We have been concerned also lest it may befall Us to see the abomination of desolation, which was spoken of by the prophet Daniel, in the holy place. In view of this, Our desire has been to fulfill our Pastoral duty, insofar as, with the help of God, We are able, so as to arrest the foxes who are occupying themselves in the destruction of the vineyard of the Lord and to keep the wolves from the sheepfolds, lest We seem to be dumb watchdogs that cannot bark and lest We perish with the wicked husbandman and be compared with the hireling…

(vi) those thus promoted or elevated shall be deprived automatically, and without need for any further declaration, of all dignity, position, honour, title, authority, office and power…

10. No one at all, therefore, may infringe this document of our approbation, re-introduction, sanction, statute and derogation of wills and decrees, or by rash presumption contradict it.  If anyone, however, should presume to attempt this, let him know that he is destined to incur the wrath of Almighty God and of the blessed Apostles, Peter and Paul.

Given in Rome at Saint Peter's in the year of the Incarnation of the Lord 1559, 15th February, in the fourth year of our Pontificate.

+ I, Paul, Bishop of the Catholic Church…”

With the fullness of his papal authority, Pope Paul IV declared that the election of a heretic is invalid, even if it takes place with the unanimous consent of the cardinals and is accepted by all.

The Catholic Encyclopedia repeats this truth declared by Pope Paul IV by asserting that the election of a heretic as pope would, of course, be completely null and void.

In line with the truth that a heretic cannot be the pope, the Church teaches that heretics cannot be prayed for in the canon of the Mass

Libellus professionis fidei, April 2, 517, profession of faith prescribed under Pope St. Hormisdas: “And, therefore, I hope that I may merit to be in the one communion with you, which the Apostolic See proclaims, in which there is the whole and the true solidity of the Christian religion, promising that in the future the names of those separated from the communion of the Catholic Church, that is, those not agreeing with the Apostolic See, shall not be read during the sacred mysteries.  But if I shall attempt in any way to deviate from my profession, I confess that I am a confederate in my opinion with those whom I have condemned.  However, I have with my own hand signed this profession of mine, and to you, HORMISDAS, the holy and venerable Pope of the City of Rome, I have directed it.”[9]

“Moreover heretics and schismatics are subject to the censure of major excommunication by the law of Can. de Ligu. 23, quest. 5, and Can. Nulli, 5, dist. 19.  But the sacred canons of the Church forbid public prayer for the excommunicated as can be seen in chap. A nobis, 2, and chap. Sacris on the sentence of excommunication.  Though this does not forbid prayer for their conversion, still such prayer must not take the form of proclaiming their names in the solemn prayer during the sacrifice of the Mass.”[10]

“For this reason John, Bishop of Constantinople, solemnly declared – and the entire Eighth Ecumenical Council did so later – ‘that the names of those who were separated from communion with the Catholic Church, that is of those who did not agree in all matters with the Apostolic See, are not to be read out during the sacred mysteries.’”[11]