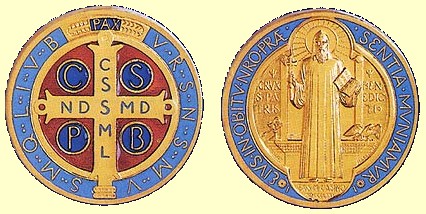 I read the e-exchange from Steve and wanted to share an experience with the medal of St. Benedict. Back in 2012, I gave a St. Benedict medal to my sister who was having a lot of trouble with her husband. His problems are the direct result of his deep seated contempt for God and years of indulgence in grave sin. Neither of them has embraced the faith although many attempts were made towards this end. Anyway, my sister put the medal on the microwave in her kitchen and forgot about it. It was that day that her husband went to retrieve something from the cabinet direction above where the medal sat. My sister later told me that he saw the medal and became very angry. He didn't touch it but yelled at her to get rid of it, that he didn't want it in the house. I don't know how much time passed but I presume it was very brief when I received a phone call from her. I could tell something was wrong. She asked me to come down right away to her place. I was certainly not expecting what happened next. There was blood all over the kitchen and on the floor in the living room and leading up the stairs. I've never seen my sister so frightened before. Apparently my brother-in-law had taken the large kitchen knife and slit the side of his neck near the throat. My first reaction was to pray to our Blessed Mother. I started praying the Hail Mary when at the same time I could hear an unnatural voice coming from upstairs. Brothers, the voice was not human. It was neither feminine nor masculine and certainly not the voice of my brother-in-law, who was crouched in front of the bedroom closet. At that point, my sister stood outside the bedroom and attempted to speak to him... the voice was threatening and extremely disturbing and my sister backed off. My focus was on praying the Hail Mary over and over again while getting my sister and her young children out of the house. 911 was called. All of this happened very quickly. Before I knew it, my brother-in-law appeared in the hallway. His appearance was unbelievably changed and he was speaking very blasphemous, filthy, perverted things - one of them directed at my young nephew who was not yet five years old. I remember very clearly his whole face seemed bloated and his head was larger than it normally is, his eyes had a black and threatening look to them - frenzied but frozen-like. His whole countenance was darkened. What disturbed me the most was the stiffness of his entire body and particularly his hands, which I don't think I can sufficiently describe. His hands were at his sides but they were turned abnormally and his fingers seemed frozen in an almost fist like position, but spread out. I have never seen anything like it. My brother-in-law was walking directly towards me, looking straight at me, and in that unnatural, demonic voice saying: "What are you? What are you?..." I went to open the door and he stepped in front... I kept silently invoking the Holy Mother of God, "Holy Mother of God, help me." I remember my sister opening the door from the outside and I got out very quickly... then he was kicking the door shut and pulling at it - as I said, all this happened very quickly. The police arrived and after sometime brought him out of the house and placed him in the ambulance. During this time I was in my sister's car praying the Hail Mary with the little ones.

My sister never displayed any interest in the Catholic faith or spiritual things. That night she was praying. There is no doubt in my mind that my brother-in-law was manifesting a demonic spirit or spirits. My sister knew this because it was undeniable. I had seen her praying for the first time since we were very little children. Sadly, it was in the following days that my sister would become convinced through another sister and maybe others as well, that my brother-in-law was not possessed but that it was the side effect of medication. She had allowed herself to become convinced by others who had rejected God and had no idea what they were saying - they were not even present! Not once did anyone ask me what happened. In fact, no one mentioned anything to me concerning this. In fact, everyone continued on as if nothing happened (he continued to see a Novus Ordo therapist) but this tremendous wake-up call from God in permitting the demon to manifest itself was not without significance. Hell is real and the hatred that demons have for souls is indescribable. If God in His infinite mercy did not preserve us each moment of our lives, it's simply a fact that these totally depraved, evil spirits would shred us to pieces and pull our souls down to Hell where the demons are bound forever by the justice of God. How true it is that we must be grateful to God for His mercy towards us... and live the Catholic faith whole and inviolate.

May a single day never pass without invoking the Blessed Virgin Mary.

She protected us from harm.  She came to our aid and preserved us from destruction, both physical and spiritual.

After reading Steve's email and recounting my own experience, I now have a better understanding and appreciation for the power of sacramentals - the St. Benedict medal and the Brown Scapular in particular - they are efficacious protections against evil spirits.

Sincerely in Jesus through His most holy Mother Mary,

This woman I know moved into a home with her husband. She said it sounds like stuff is falling over but nothing did.  They also see a black cat running up the stairs even though they don’t have one. The people who lived there before her told her about the cat that runs up the stairs. She also videotaped and showed me an orb floating around her bathroom.  She said she woke up and saw an old lady in her room.  I gave her a St. Benedict medal to pin on the wall upstairs, and she said it’s so peaceful now and they can get some sleep.  No more crash, bangs, booms, spooky old ladies or freaky cats running around. She has your materials, books and DVD. 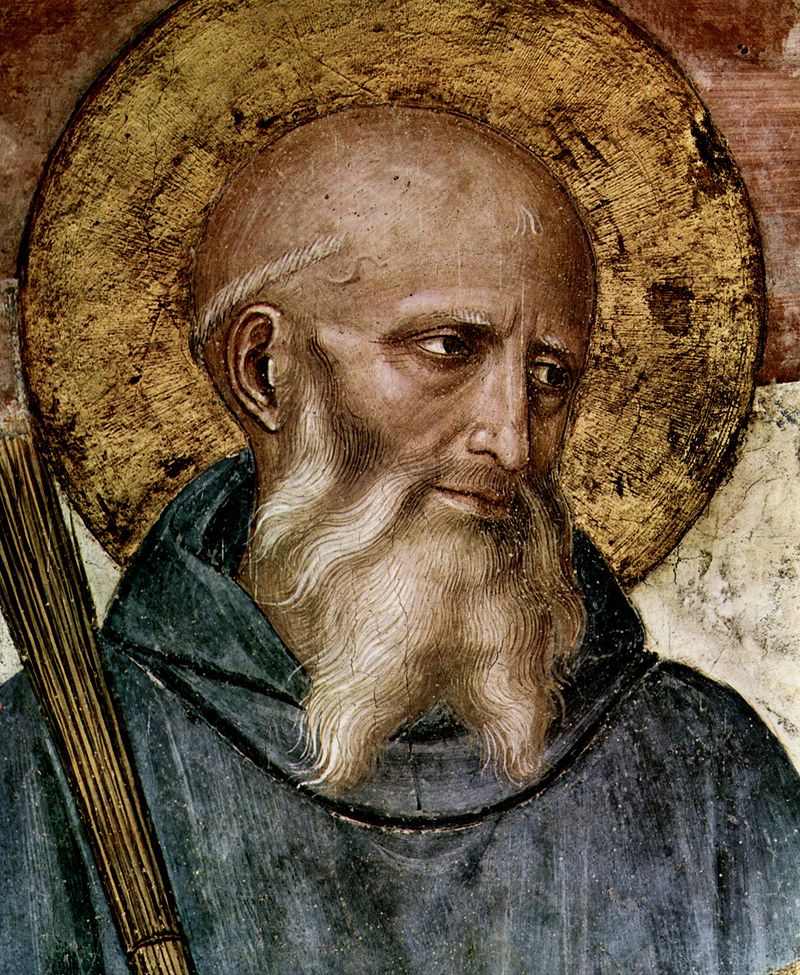 MHFM: It's also very important for people to pray 15 decades of the Rosary each day and the Hail Mary frequently.  How to Pray the Rosary [PDF].

Hail Mary, full of grace, the Lord is with thee.  Blessed art thou among women, and blessed is the fruit of thy womb, Jesus.  Holy Mary, Mother of God, pray for us sinners now and at the hour of our death.  Amen.