I don't know how you have the patience to read through so many of John Paul's writings. But I'm glad you did because I and many others would never have known these things otherwise. I will show this video to my parents later.

When Gentiles who have not the law do by nature what the law requires, they are a law to themselves, even though they do not have the law. They show that what the law requires is written on their hearts, while their conscience also bears witness and their conflicting thoughts accuse or perhaps excuse them on that day when, according to my gospel, God judges the secrets of men by Christ Jesus. (Rom 2:14-16)

That passage does not teach that unbelievers can be saved without the Christian faith.  Rather, as St. Robert Bellarmine correctly explains, it teaches that unbelievers who die without the full law of God will be excused of certain things on the day of judgment (because they do some things in accord with the natural law); but they cannot observe the whole moral law, which is necessary to be saved.  As Bellarmine also notes, the same epistle to the Romans clearly establishes that no one is justified without faith in Christ.  We cover that in this video: Invincible Ignorance? – St. Robert Bellarmine (Powerful New Quotes) 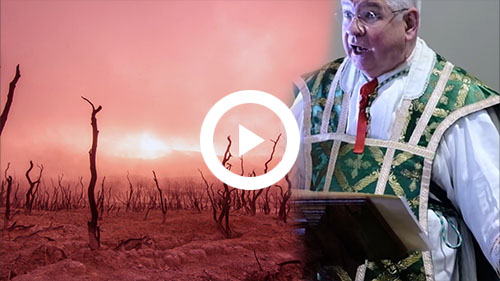 Thank you for everything you… do for Christianity…