Brazil's acting president used to be US intel informant - WikiLeaks

I'm from Brazil, and what's happening here is just sad and a fraud. A large part of Brazil (not the majority) wanted to put Lula back in the presidency of Brazil. The problem is that Lula was the most corrupt in the history of Brazil. He was convicted in 3 instances, had 26 criminal cases, and there is recorded data that he stole around R$4 trillion over the years. He is literally the head of the corrupt gang. He was arrested, and in a judicial maneuver, they annulled the processes for simply ridiculous reasons, and ended up becoming presidential. He's a psychopath.

In recent days, before the elections (the 2nd round of elections took place on October 30th), a more conservative news channel was being censored with very high fines by a man from the Superior Electoral Court (TSE) named Alexandre de Moraes. Censorship did not allow calling Lula a thief, an ex-convict, etc.. He's acting like a hellish dictator. Current President Jair Bolsonaro is silent, and most of the people are calling for military intervention. Several important Brazilian highways are stopped due to the most conversational peaceful (as far as we know) demonstration in the country. There is already movement of the Brazilian army. In fact, Bolsonaro said he has evidence that some electoral propaganda radio inserts were not announced in favor of his reelection candidacy, but only for the perverse abortionist Lula. This occurred in the Northeast region of the country, a much poorer region, where the PT (Partido dos Trabalhadores, Lula's political party) dominated for decades. Bolsonaro summoned commanders of the armed forces before October 30, and no one knows what they talked about. Today, the army is mobilizing. This is a very serious electoral crime. The TSE dictator denied President Bolsonaro's accusations (and Bolsonaro had the evidence), and tried to blame him.

By the way, when it was said that Lula was elected (October 30, 8:00 pm), the next day, in the morning, leftists looted stores, broke things, etc, and everyone was saying "Do the L". It is a very sad moment in our country's history: electing a corrupt thief who stole trillions. Deuteronomy 32:35. 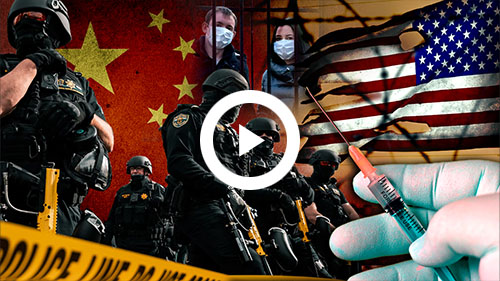