Francis to Institute For Foreign Missions

MHFM: It's also interesting that Francis' statement at 11:42 ("This is not seeking new members for this ‘Catholic society’, no") was made specifically to members of the Institute For Foreign Missions. Well, the very purpose of missions is of course to bring new people into the Catholic society. But the heretic Antipope Francis, in just one of his many rejections of true evangelization and trying to convince others of the faith (which he calls proselytism), says no. 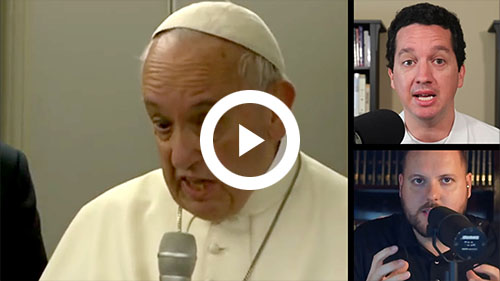 Wow! That was incredibly refreshing to watch (and quite humorous to see the propagandist fail so hard). People are waking up!