[Below is a comment made by someone about our video: ‘Born Again’ Refutes ‘Faith Alone’ & The Demonic Possession of James White, followed by our response.]

You lost me at 23.35, when you claim Dr White is demon-possessed. Freezing a video frame the way you have can make anyone appear possessed. Look, I am a Catholic, a convert from the Episcopal Church, where I was a priest for 30 years. When I realized the error of 'sola fide', I began a 13 year search that ended in 'swimming the Tiber' four years ago. I appreciate the content of the few videos I've seen, but really, this seems to go too far. How do you KNOW that Dr White is possessed? You don't. He is deceived, yes. He is blind to the full-truth of the Gospel. But possessed? I honestly think you should cut the video at 23.00 and leave it at that. And honestly, in the spirit of Jesus, I think you should apologize to Dr White for this.

MHFM: We lost you when we got into the spiritual part of the video because you have no supernatural faith.  One doesn’t need to freeze the video to see that White is manifesting clear signs of demonic possession.  It’s visible at full speed.  We saw what was happening at full speed.  In our video we simply froze the clips (after playing them at full speed) to assist those who are less observant, less believing, etc.  Part of White’s face is flying back unnaturally in one direction, while the rest of his face is travelling in a completely different direction or remaining where it is.  It happens to him repeatedly, as our video shows.  Here's just one example of his demonic facial movements at full/normal speed.  Notice the upper-left side of his mouth.

That’s not normal.  It's a clear sign of a foreign (i.e. demonic) presence in him, to those with eyes to see.  The video covers a number of other examples.  Further, the faces White makes with his unnatural movements are demonic.

Additionally, White frequently gives the devil’s horns.  In one of the clips we showed in our video (at 24.03), White holds out a clear, unmistakable devil's horns hand-sign to his side in a prominent way for more than five full seconds, completely oblivious to what he’s doing.   You can watch it here:

That’s the demon in him, displaying its dominance over the man.  That’s why White flashes the devil's horns not once or twice (in which case one might be able to say that his hands were caught in a bad position), but many times.  The devil is manifesting, very quickly, dominance over him.  Another good example where White’s hands are not simply caught in a bad position, but the Devil is definitely taking control of him to show a demonic presence/dominance right to the camera, comes at 23.46.  You can watch it here:

Ephesians 2:1-2- “And you were dead in the trespasses and sins, in which you once walked, following the course of this world, following the prince of the power of the air, the spirit who is now at work in the sons of disobedience.”

Evil spirits are at work in the sons of disobedience.  Is James White a son of disobedience?  Of course he is.  He is one of the most anti-Catholic figures in internet history.  Through his diabolical view that God predestines people to Hell and positively wills every single act of man that has ever occurred, White also promotes the demonic heresy that God is behind every lie, every sin, etc. in history.  That is an unspeakably wicked heresy.  It actually equates God with the devil.  White thus leads heretics who follow him not only into typical Protestant heresies, but into a demonic view that attributes to the Almighty what comes from the father of lies.

Ephesians 6:12- “For we do not wrestle against flesh and blood, but against the rulers, against the authorities, against the cosmic powers of the darkness of this age, against the spiritual forces of wickedness in high places.”

A viewer of our video also made an interesting observation.  The person noted:

“In the second half of the video, when the camera is directly in front of James White, you can see what look like horns starting from his eyebrows and going up to the sides of his head.  You can see it the most when he's looking down.  I think it really illustrates who's really guiding him, the devil.” 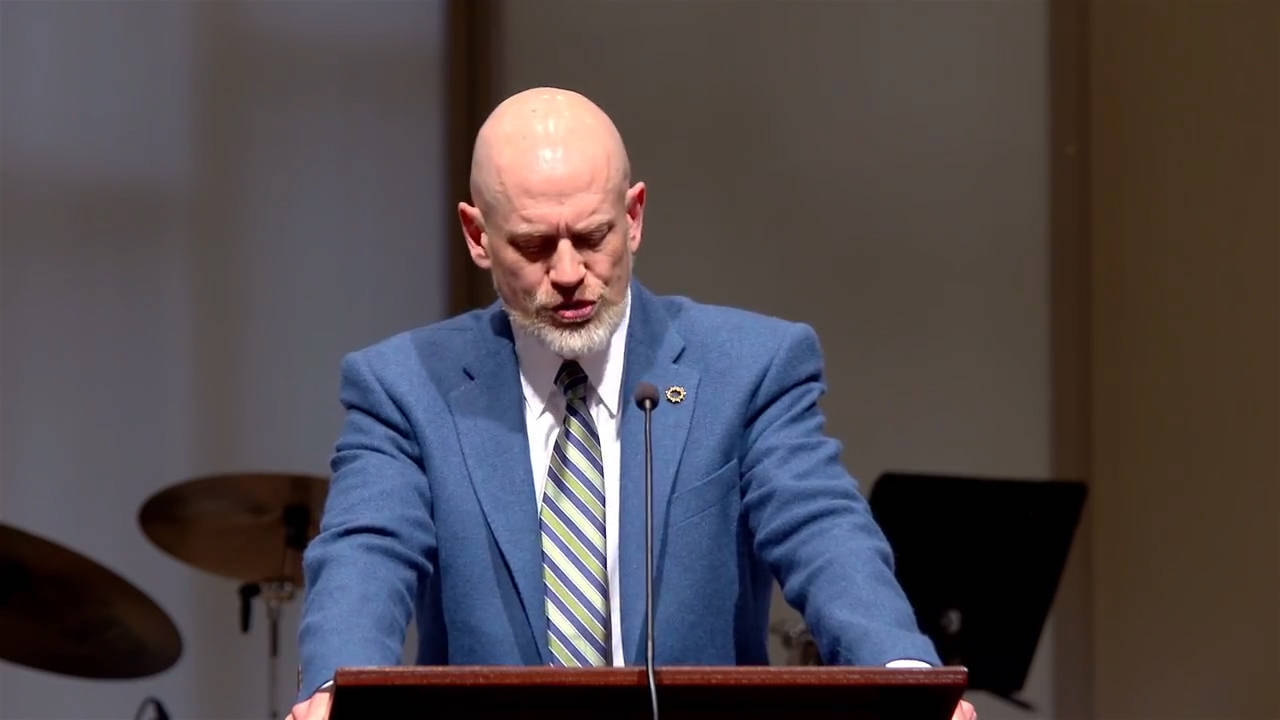 Notice that what appear to be horns can be seen on his head, just as the Devil is depicted 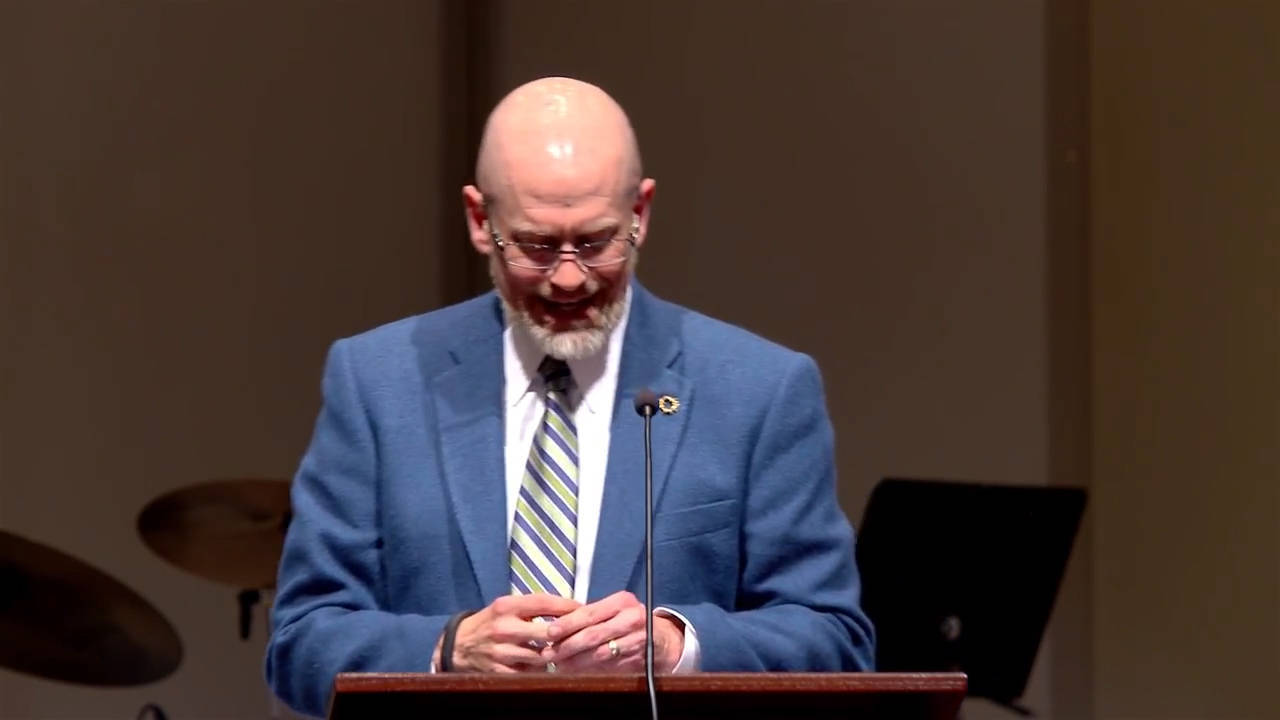 Notice again the head, which appears to have horns extending on both sides

We agree with the viewer: in this particular video White’s forehead looks like it has horns.  We don’t believe that’s an accident.  In fact, we believe that this is another manifestation and outline of the demonic presence in White.  Here's how the devil is frequently depicted in art. 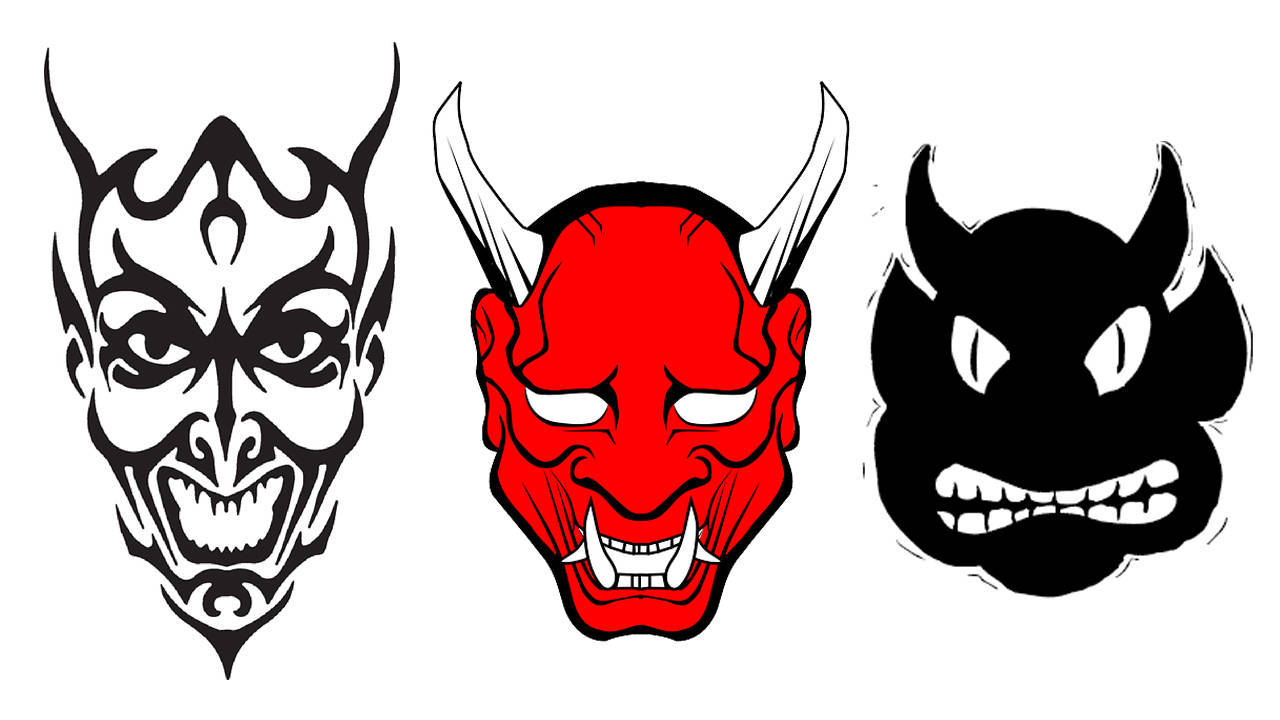 The devil is repeatedly depicted with horns

This might be scary or hard for some people who are lacking in faith to accept, but demons are real.  Moreover, one must consider all of the other signs of demonic possession White is displaying, as well as the demonic things he teaches, believes, and promotes.  Examples of how horns appear on his forehead (just like in the above images) are found at: 28.23, 28.26, 29.44, etc., and throughout the second half of the video, especially when he looks down.

This is James White as he gives the devil's horns again (discussed at 45.49 of our video), at the very time he's speaking about the condemnation of the 'false professor'

The truth is that you had no true faith for 30 years as an Episcopal ‘priest’.  Your comments reveal that you still don’t have true faith.  (Have you even yet accepted the fact that you weren’t a valid priest?)  That’s why you can’t see the truth in these points about spiritual realities: you don't truly believe, and consequently you lack the insight that comes with faith.  You need to stop resisting the truth, pray for faith, and embrace the traditional Catholic faith.  Your comments suggest that you are part of the Vatican II sect, which is not the Catholic Church.  See our material on that matter.

It’s also interesting that White, who promotes the heresy of faith alone (or salvation by faith without charity), appears in front of clanging cymbals in the video we expose.

Notice that White is in front of clanging cymbals

We don’t believe it’s just a coincidence that in this particular video, which figures prominently into our video which refutes his heresy of faith alone and publicly denounces him as a demonic false teacher, White appears in front of clanging cymbals.  In 1 Cor. 13:1-2, St. Paul contradicts the heresy of faith alone by setting forth the apostolic truth that one must have faith and love to be saved.  In that context (of refuting faith alone) he describes a person who lacks love as a ‘clanging cymbal’.

HERE'S OUR FULL VIDEO ON THIS TOPIC

Here are more videos that refute Protestantism and the teaching of James White.