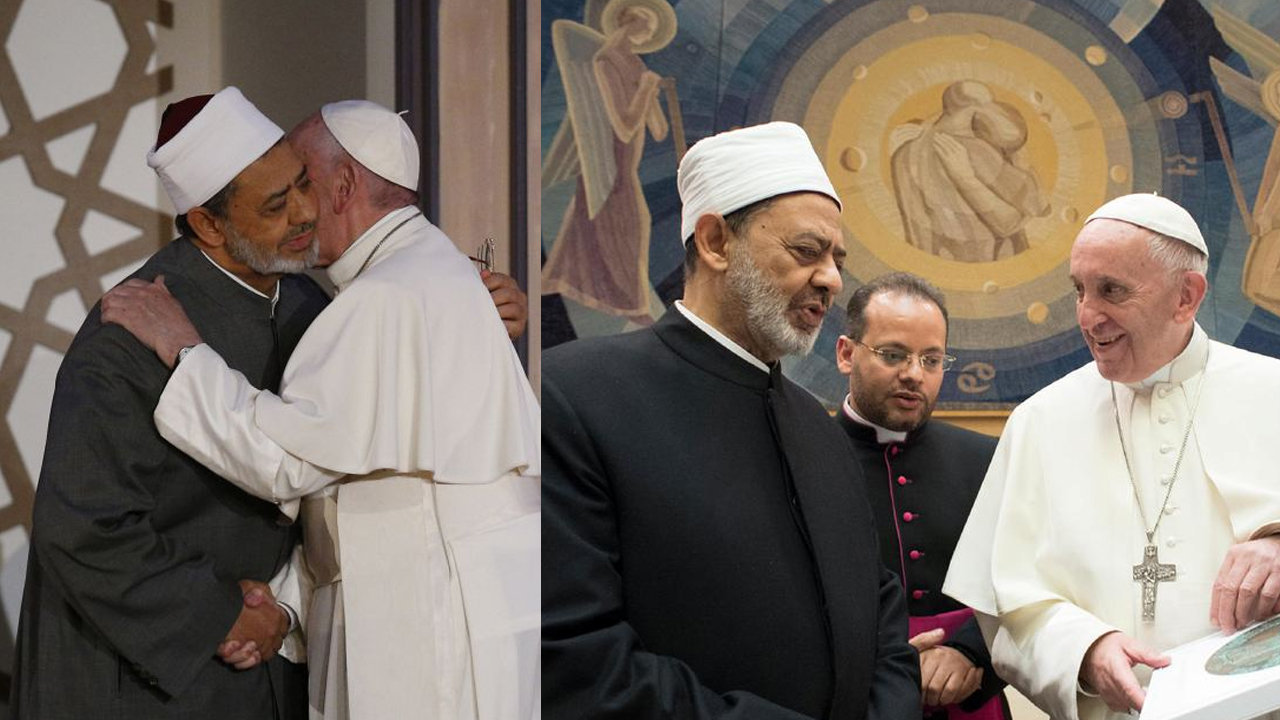 “This is the sole aspiration of those who profess themselves as authentic believers and who do not tire of imploring with prayer a future of fraternity for all. With these sentiments, I am glad to reiterate my cordial greeting, invoking from the Most High every blessing for your person and for the high responsibility you hold.”[1]

Francis identifies the Islamic leader as an authentic believer and declares that he has a “high responsibility”.  Islam, the false religion Francis promotes, has been condemned by true popes as “abominable” and “diabolical”.

Pope Eugene IV, Council of Basel, 1434: “… there is hope that very many from the abominable sect of Mahomet will be converted to the Catholic faith.”[2]

Pope Callixtus III: “I vow to… exalt the true Faith, and to extirpate the diabolical sect of the reprobate and faithless Mahomet [Islam] in the East.”[3]