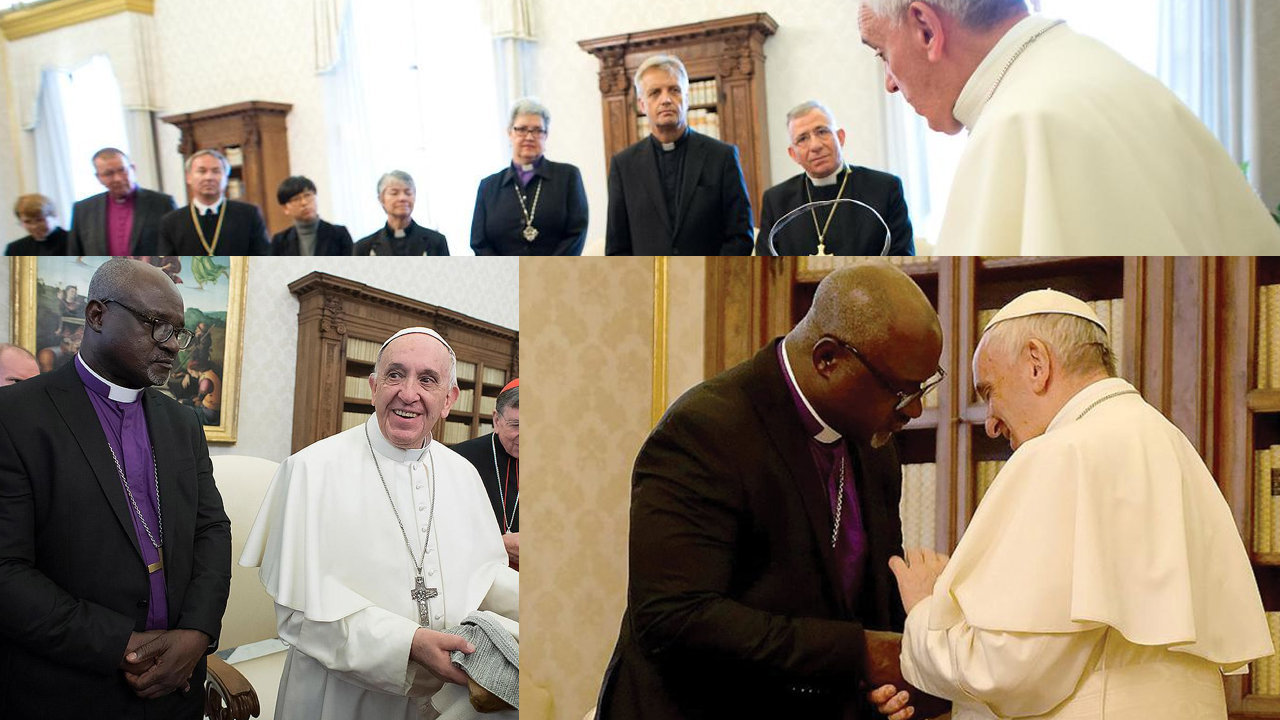 Francis’ January 25, 2018 address to the Delegation of the "Evangelical Lutheran Church of Finland":

Pope St. Leo the Great, Sermon 129: “Wherefore, since outside the Catholic Church there is nothing perfect, nothing undefiled… we are in no way likened with those who are divided from the unity of the Body of Christ; we are joined in no communion.”

Pope Innocent III, Eius exemplo, Dec. 18, 1208: “By the heart we believe and by the mouth we confess the one Church, not of heretics, but the Holy Roman, Catholic, and Apostolic Church outside of which we believe that no one is saved.”

The heretic Francis proceeds to assert that there’s an ecumenical quest “for full and visible unity between Christians”.  But unity only exists (and has always existed) in the true Catholic Church.  True Catholics seek to convert non-Catholics who claim to be Christians (but aren’t) to the unity of the Catholic Church.

Francis then says that our modern times are “no longer marked by the disputes and conflicts of the past”.  This means that the post-Vatican II Counter Church has abandoned the Catholic Church’s practice of attempting to convert non-Catholics and its teaching that non-Catholics must abandon their heresies.  Francis promotes the heresy that the Church is divided and that Christianity has suffered a “loss of credibility”.  Francis says that Catholics now agree with Lutherans on justification and that now there’s “a faith to which we can now testify together”.  What a heretic.