A CIA officer who filed a second-hand whistleblower complaint against President Trump has gotten cold feet about testifying after revelations emerged that he worked with Joe Biden, former CIA Director John Brennan, and a DNC operative who sought dirt on President Trump from officials in Ukraine's former government. 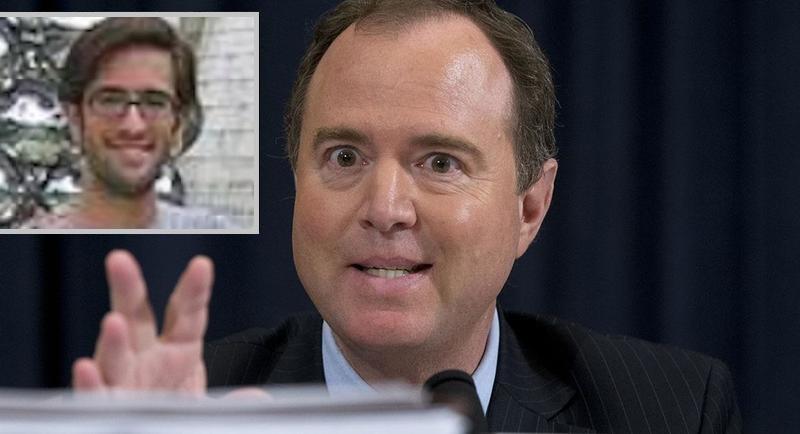 According to the Washington Examiner, discussions with the whistleblower - revealed by RealClearInvestigations as 33-year-old Eric Ciaramella have been halted, "and there is no discussion of testimony from a second whistleblower, who supported the first's claims." Ciaramella complained that President Trump abused his office when he asked Ukraine to investigate corruption allegations against Joe Biden and his son Hunter, as well as claims related to pro-Clinton election interference and DNC hacking in 2016. On Thursday, a top National Security Council official who was present on a July 25 phone call between Trump and Ukrainian President Volodomyr Zelensky testified that he saw nothing illegal about the conversation. "I want to be clear, I was not concerned that anything illegal was discussed," said Tim Morrison, former NSC Senior Director for European Affairs who was on the July 25 call between the two leaders. And now, the partisan whistleblowers have cold feet; "There is no indication that either of the original whistleblowers will be called to testify or appear before the Senate or House Intelligence committees. There is no further discussion ongoing between the legal team and the committees," said the Examiner's source. The whistleblower is a career CIA officer with expertise in Ukraine policy who served on the White House National Security Council during the Obama administration, when 2020 Democratic presidential candidate Joe Biden was "point man" for Ukraine, and during the early months of the Trump administration. -Washington Examiner In other words, House Democrats are about to impeach President Trump over a second-hand whistleblower complaint by a partisan CIA officer, and neither he nor his source will actually testify about it (for now...). On Thursday, the House passed a resolution establishing a framework for Trump impeachment proceedings, belatedly granting Republicans the ability to subpoena witnesses, but only if Schiff and fellow Democrats on the Intelligence Committee agree. Mark Zaid, who along with Andrew Bakaj is an attorney for both the original whistleblower and the second whistleblower, told the Washington Examiner the legal team was willing to work with lawmakers so long as anonymity is ensured. “We remain committed to cooperating with any congressional oversight committee's requests so long as it properly protects and ensures the anonymity of our clients,” Zaid said. On Wednesday, Zaid and Bakaj declined to confirm or deny in a statement to the Washington Examiner that Eric Ciaramella, 33, a career CIA analyst and former Ukraine director on the NSC, was the whistleblower after a report by RealClearInvestigations. -Washington Examiner In September, House Intelligence Committee Chair Adam Schiff, who lied about contacts with Ciaramella (and hired two Ciaramella associates as staffers) said that the whistleblower "would like to speak to our committee."

We have been informed by the whistleblower’s counsel that their client would like to speak to our committee and has requested guidance from the Acting DNI as to how to do so.

We‘re in touch with counsel and look forward to the whistleblower’s testimony as soon as this week. — Adam Schiff (@RepAdamSchiff) September 24, 2019

Once Ciaramella's status as a CIA officer and his links to Biden emerged, however, Schiff backtracked. On October 13 he changed his tune, saying "Our primary interest right now is making sure that that person is protected." Meanwhile, once the House impeaches Trump - which it most certainly will - the tables will turn in the Senate, which will hold a mandatory trial. Not only will the GOP-Senators controlling the proceedings be able to subpoena documents and other evidence, they'll be able to compel Ciaramella, the Bidens, Chalupa and any other witnesses they desire as we head into the 2020 US election.