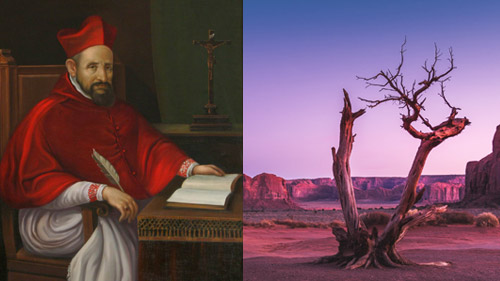 This is an interesting quote from St. Robert Bellarmine.  It contradicts those many false traditionalists and heretical priests who believe that Protestants and Eastern “Orthodox” who reject Catholic teaching (even a large number of them) can be good and saved.

St. Robert Bellarmine, De Laicis, Book 3, Chap. 4: “I say in the third place: the fact that among the kings of Israel no one was good is attributable to the striking providence of God.  For God willed to permit it because that rebellion of the Israelites from the tribe of Judah signified the schisms of heretics from the Church, as Eucherius teaches at the end of Book 3 on the Book of Kings.  For just as among Catholics there are good and bad people, but among heretics no one can be good, in like manner among the kings of Judah many were good, and many were evil.  But from the kings of Israel absolutely no one good was found.”