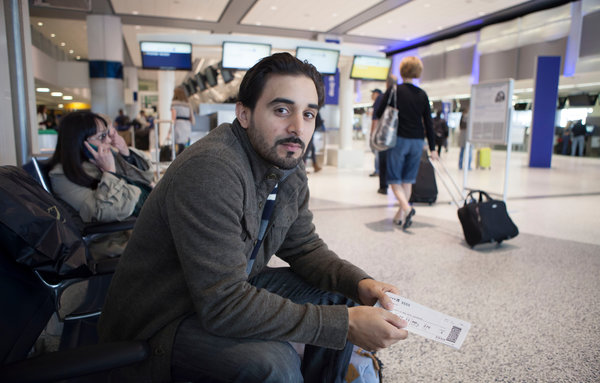 Michael Stravato for The New York Times Abdulla Darrat, an urban planner from Queens, said he has been singled out for repeated searches by airport security. SUSAN STELLIN nytimes.com

The Transportation Security Administration is expanding its screening of passengers before they arrive at the airport by searching a wide array of government and private databases that can include records like car registrations and employment information.

While the agency says that the goal is to streamline the security procedures for millions of passengers who pose no risk, the new measures give the government greater authority to use travelers’ data for domestic airport screenings. Previously that level of scrutiny applied only to individuals entering the United States.

The prescreening, some of which is already taking place, is described in documents the T.S.A. released to comply with government regulations about the collection and use of individuals’ data, but the details of the program have not been publicly announced.

It is unclear precisely what information the agency is relying upon to make these risk assessments, given the extensive range of records it can access, including tax identification number, past travel itineraries, property records, physical characteristics, and law enforcement or intelligence information.

The measures go beyond the background check the government has conducted for years, called Secure Flight, in which a passenger’s name, gender and date of birth are compared with terrorist watch lists. Now, the search includes using a traveler’s passport number, which is already used to screen people at the border, and other identifiers to access a system of databases maintained by the Department of Homeland Security.

“I think the best way to look at it is as a pre-crime assessment every time you fly,” said Edward Hasbrouck, a consultant to the Identity Project, one of the groups that oppose the prescreening initiatives. “The default will be the highest, most intrusive level of search, and anything less will be conditioned on providing some additional information in some fashion.”