"A textbook assigned as required reading at a North Carolina community college is loaded with assertions that anyone opposing lockdowns and masking is directly to blame for COVID deaths and the spread of the virus.

Campus Reform obtained a copy of the document, which states that the severe restrictions imposed by the Biden government 'saved tens of thousands of lives' and that Americans who flout them should be held responsible, despite scientific research that has found lockdowns will actually cause millions of excess deaths.

A passage in the book reads 'Most Americans responded to the pandemic by limiting their social contact, covering their faces when going out, and washing their hands thoroughly after they did,' adding 'yet lives were lost because some Americans held beliefs that were at odds with the facts.' 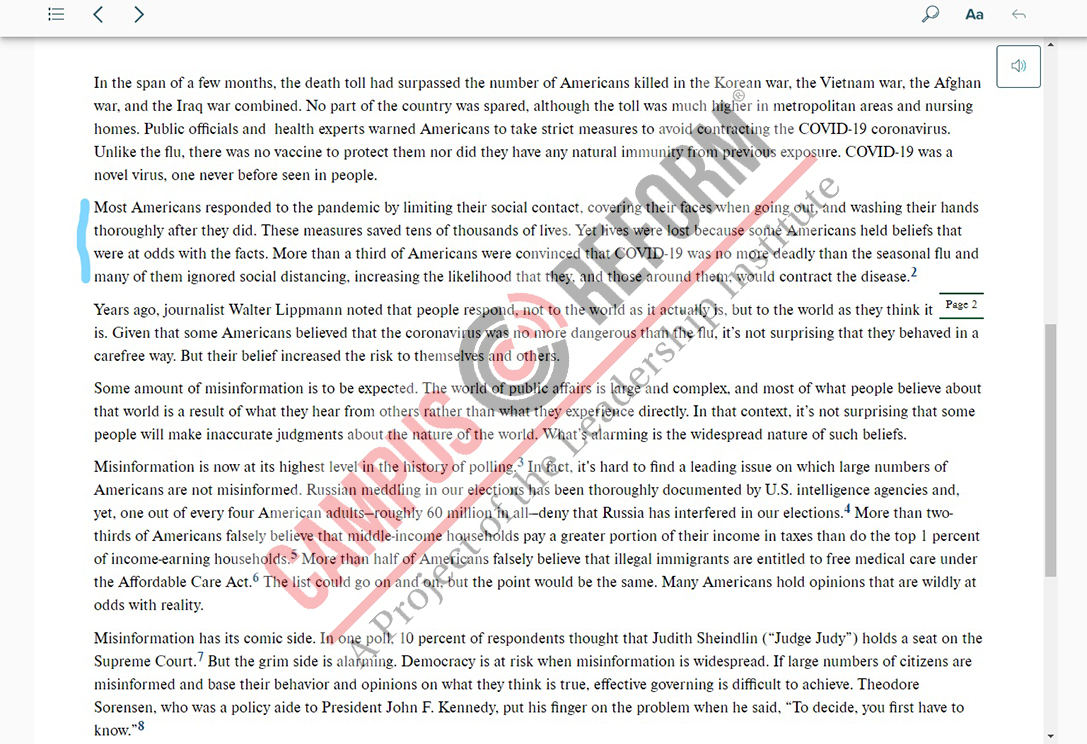 The book, written by Harvard professor Thomas E. Patterson, is titled... We the People: An Introduction to American Government... and the specific passage appears in a chapter on ‘critical thinking and detecting misinformation’."