"A British Olympic swimmer-turned-actress says she was nearly killed by a work-mandated Covid-19 vaccine, and that her debilitating side effects were ignored by the National Health Service (NHS).

In a testimonial appearing in an Epoch Times documentary titled, 'Safe and Effective: A Second Opinion,' Genevieve Florence, 24, details how her life took a turn for the worse after she landed her first big acting gig, which required her to be double-jabbed.

'The industry required me to be double-vaccinated to work on films,' Florence described, adding, 'I immediately regretted it soon as she put it in my arm. I just thought, ‘Well, what have I done?'...

In the weeks that followed, Florence who previously competed in the European Olympics representing TeamGB began suffering debilitating headaches that prevented her from being able function normally.

'I couldn’t do anything,' she admitted in the documentary. 'It was like someone was actually inside my skull, like pushing out. I can’t explain how awful it was. And it was I was dizzy. I was literally crawling.'

Recalling fears the symptoms could be permanent, Florence broke down in tears describing how she required assistance to perform normal everyday activities.

'I really thought my life was over,' she sobbed. 'I couldn’t even cook food. I couldn’t even get up. I couldn’t take care of myself. My mother came by twice a week to change my bedsheets, do a food shop for me, and clean my house. I couldn’t do anything at all.'

To add insult to vaccine injury, Florence explained the NHS did not take her seriously.

'It was the most terrifying experience to be told that what’s going on with you is psychological and that it’s not physical when you’re in physical pain,' Florence said.

'06.08.21 – NHS Gaslighting made me believe it was all in my head, so I went to work. I then almost collapsed on set & so was sent to A&E by the medic, he said there was something wrong with my heart,' she wrote in a Twitter update. 'After a 6 hour wait in A&E I was told again ‘anxiety’. Worst day of my life.'" 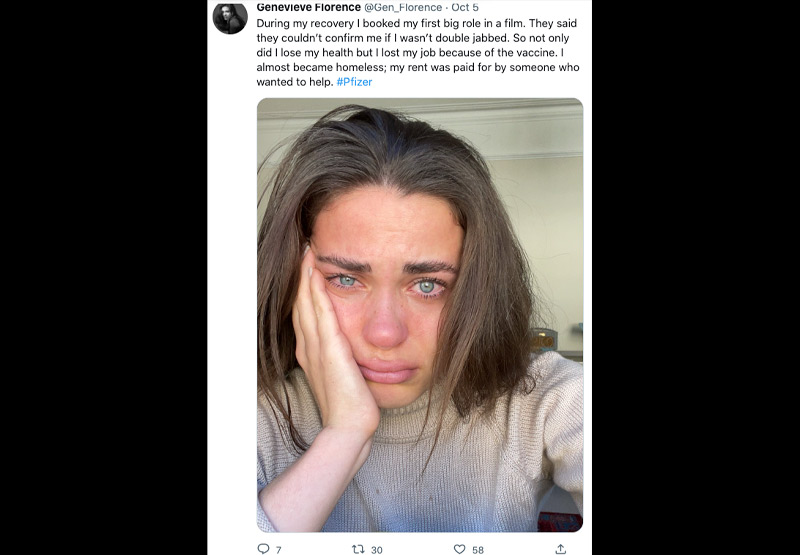 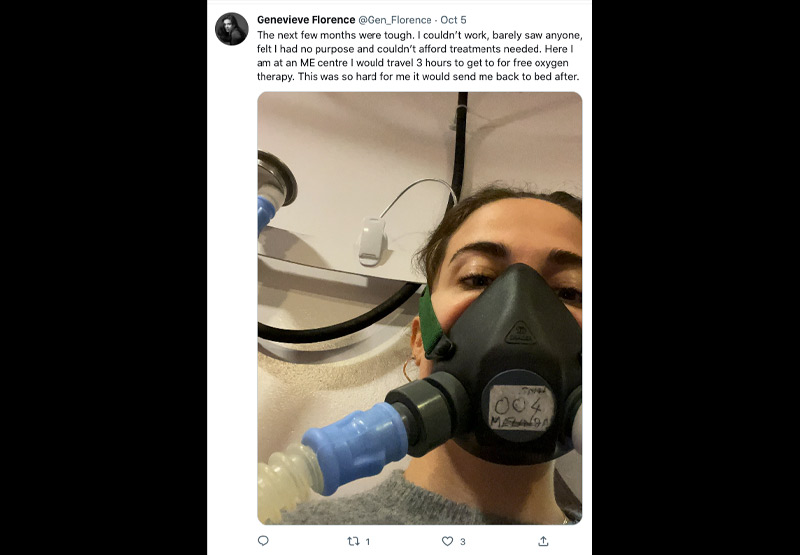 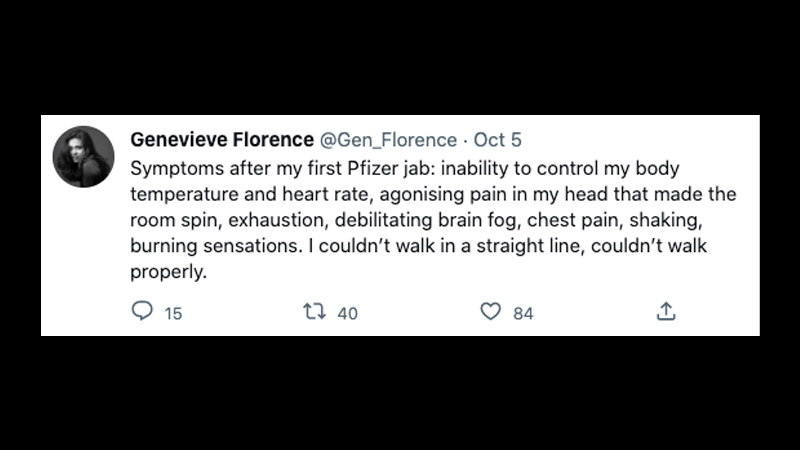 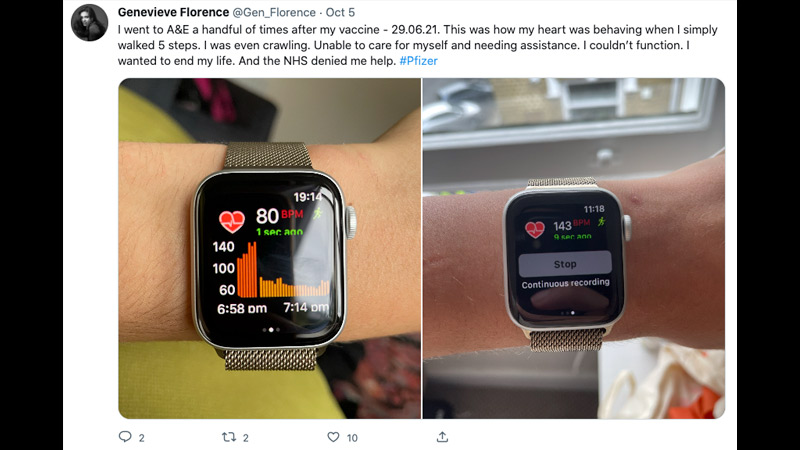