bbc.com The Aurora Borealis - better known as the Northern Lights - has been giving rare and spectacular displays over parts of the UK, from the north of Scotland to as far south as Jersey. The lights have also been visible in places such as Essex, Gloucestershire, Norfolk and south Wales. 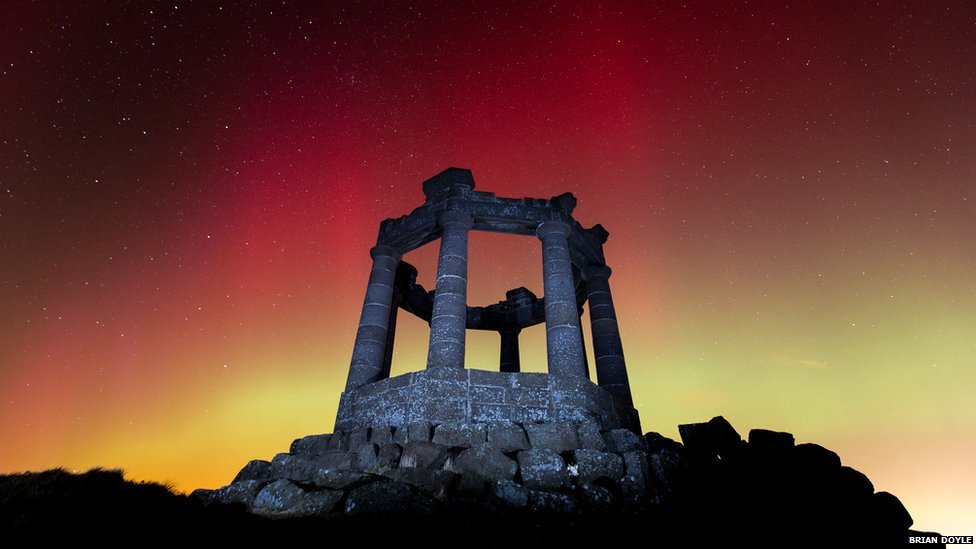 The display, which is caused by electrically charged particles from the Sun entering the Earth's atmosphere, led to scenes such as this one at the Stonehaven war memorial, Aberdeenshire. 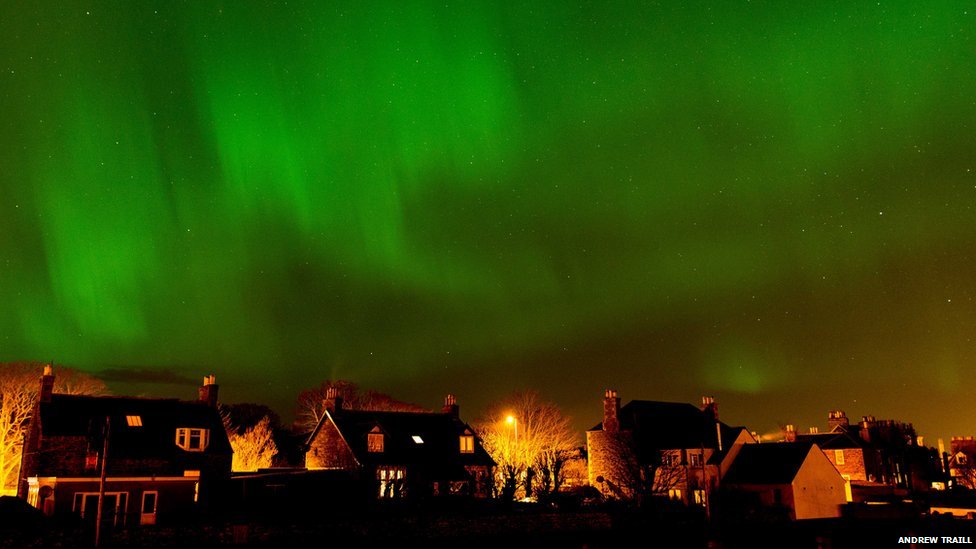 Mark Thompson, presenter of the BBC's Stargazing Live, said he had not been expecting a display as spectacular as it was in places such as Wick, in Caithness. 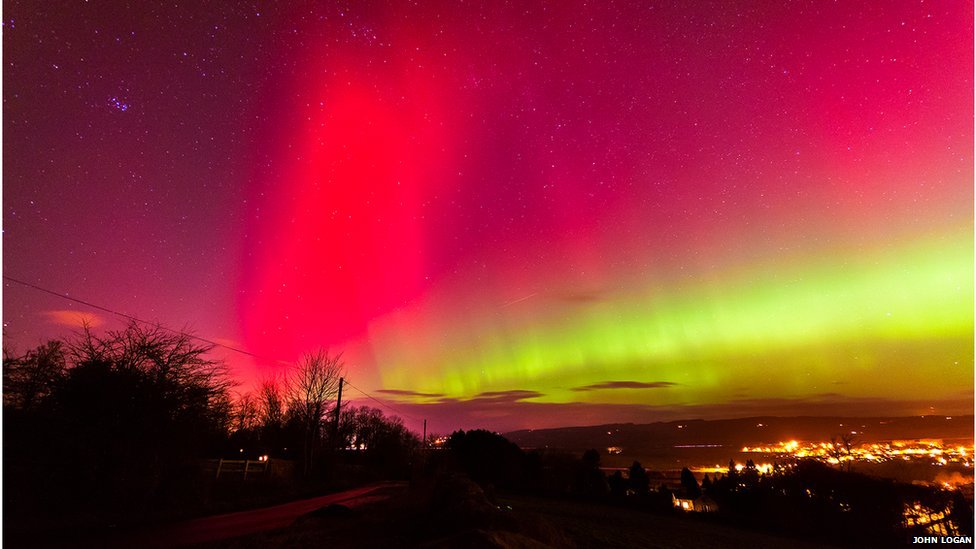 Mr Thompson said the display, which was also seen in Corbridge, Northumberland, happens when solar wind - electrically charged particles - is ejected from the Sun. He said: "They take two or three days to get here and when they do get here they cause the gas atoms in the sky to glow. It is as simple as that." 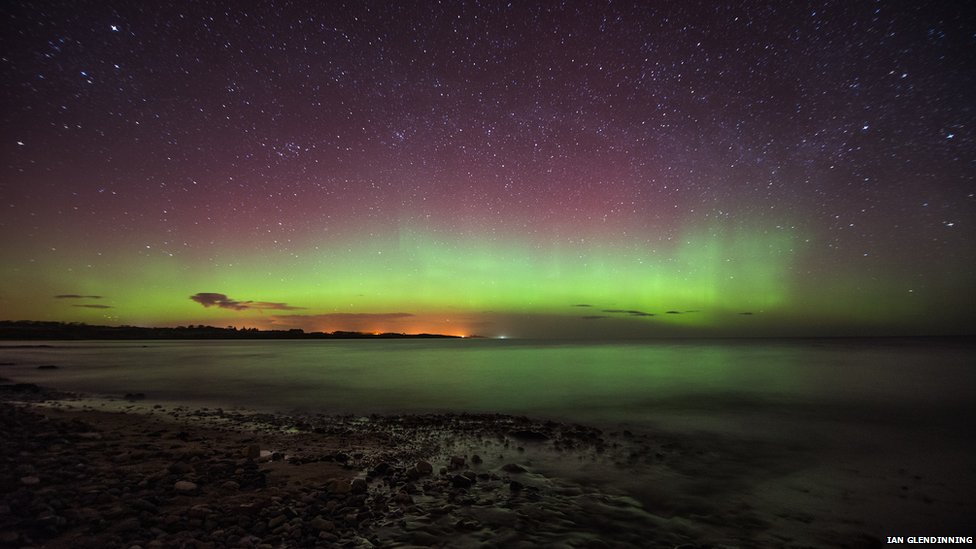 The astronomer said: "Three or four days ago the Sun will have thrown a lot of this stuff out in an event called a coronal mass ejection, and they would have been travelling towards the Earth since. It all depends how active the Sun has been." This photograph was taken in Boulmer, Northumberland. to read more: bbc.com