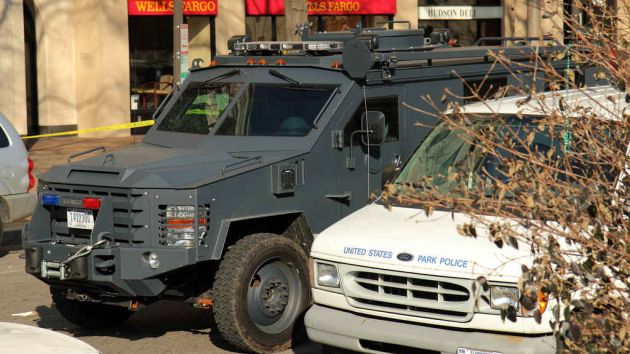 A Lenco armored police vehicle, parked near an Occupy DC camp in 2012. Mr. T in DC/Flickr After the public release of a document in which he suggested that Occupiers and libertarians pose a domestic terror threat to Concord, New Hampshire, the city's police chief has backed away from the claim.In an application to the Department of Homeland Security (DHS) seeking more than $250,000 to purchase an armored police vehicle, the capital city of New Hampshire specified the local branch of the Occupy movement and the Free State Project, an effort to recruit "liberty-loving people" to relocate to the Granite State, as potential sources of terrorist action. "The State of New Hampshire's experience with terrorism slants primarily towards the domestic type," the filing reads. "We are fortunate that our State has not been victimized from a mass casualty event from an international terrorism strike however on the domestic front, the threat is real and here. Groups such as the Sovereign Citizens, Free Staters and Occupy New Hampshire are active and present daily challenges." The application was obtained by the New Hampshire Civil Liberties Union (NHCLU) through a public records request, and is one ofmore than 250 filed by the American Civil Liberties Union to trackwhat it sees as the increasing militarization of police departmentsthroughout the country. to read more click here: motherjones.com