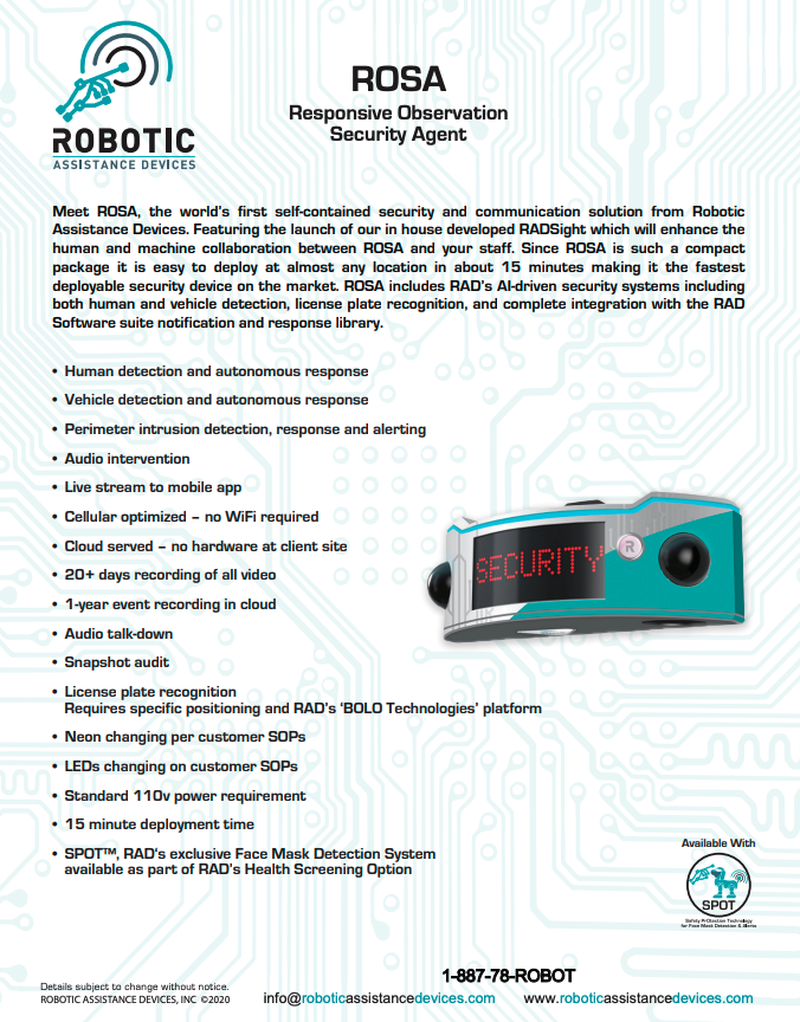 Described as the “ultimate autonomous response device,” ROSA uses powerful AI software and sensors in “a 180° field of view” to enforce mask-wearing. “This is a game-changer for us,” said Corey English, COO of GSG Protective Services, the RAD dealer who sold both ROSA devices.