Lumen Gentium, Vatican II’s constitution on the Church, became famous (or rather, notorious) for its heretical teaching of collegiality.  This is the idea that the bishops, taken as a whole, also possess supreme authority in the Catholic Church.

Vatican II document, Lumen Gentium # 22: “However, the order of Bishops, which succeeds the college of apostles in teaching authority and pastoral government, and indeed in which the apostolic body continues to exist without interruption, is also the subject of supreme and full power over the universal Church, provided it remains united with its head …”[45]

We see that Lumen Gentium explicitly teaches that the College of Bishops possesses supreme and full power over the universal Church.  If this were true, it would mean that Christ did not institute a single head in the Catholic Church in the person of St. Peter, but two supreme heads, the College of Bishops and Peter, which would make the Church a monster with two heads.

The pope alone possesses the supreme authority in the Church.  The bishops do not.

Pope Leo XIII, Satis Cognitum (# 14), June 29, 1896: “For He who made Peter the foundation of the Church also ‘chose, twelve, whom He called apostles’ (Luke 6:13); and just as it is necessary that the authority of Peter should be perpetuated in the Roman Pontiff, by the fact that the bishops succeed the Apostles, they inherit their ordinary power, and thus the episcopal order necessarily belongs to the essential constitution of the Church.  Although they do not receive plenary, or universal, or supreme authority, they are not to be looked upon as vicars of the Roman Pontiffs; because they exercise a power really their own, and are most truly called ordinary pastors of the peoples over whom they rule.”[47] Pope Leo XIII, Satis Cognitum (# 15): “But the power of the Roman Pontiff is supreme, universal, and definitely peculiar to itself; but that of the bishops is circumscribed by definite limits, and definitely peculiar to themselves.”[48]

Vatican II document, Lumen Gentium # 16: “But the plan of salvation also embraces those who acknowledge the Creator, and among these the MOSLEMS are first; they profess to hold the faith of Abraham AND ALONG WITH US THEY WORSHIP THE ONE MERCIFUL GOD WHO WILL JUDGE HUMANITY ON THE LAST DAY.”[49]

This is an amazing blasphemy!  Catholics are worshippers of Jesus Christ and the Most Holy Trinity; the Muslims are not! 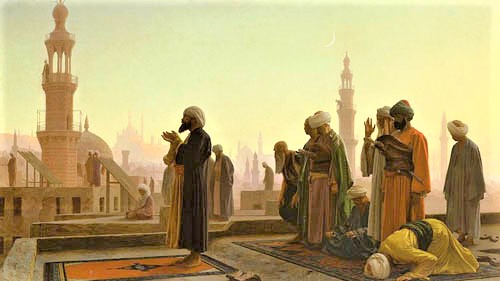 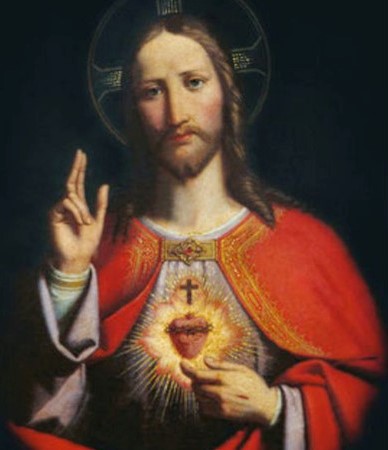 A child can understand that we don’t have the same God.

Pope Gregory XVI, Summo Iugiter Studio (# 6), May 27, 1832: “Therefore, they must instruct them in the true worship of God, which is unique to the Catholic religion.”[50] Pope St. Gregory the Great: “The holy universal Church teaches that it is not possible to worship God truly except in Her...”[51]

In addition to this astounding heresy, in Lumen Gentium 16 we find another prominent heresy.

Vatican II document, Lumen Gentium # 16: “Nor does divine providence deny the helps that are necessary for salvation to those who, through no fault of their own, have not yet attained to the express recognition of God yet who strive, not without divine grace, to lead an upright life.”[53]

Vatican II is teaching here that there are some people who, THROUGH NO FAULT OF THEIR OWN, have not yet attained to the express recognition of God.  In other words, there are people who, through no fault of their own, don’t believe in God (i.e., are atheists).  This is heresy. It is infallibly taught in Sacred Scripture that everyone above the age of reason can know with certainty that there is a God.  They know this by the things that are made: the trees, the grass, the sun, the moon, the stars, etc.  Anyone who is an atheist (who believes that there is no God) is without excuse.  The natural law convicts him.  This is a revealed truth of Sacred Scripture.

Romans 1:19-21: “Because that which is known of God is manifest in them.  For God hath manifested it unto them.  For the invisible things of Him, from the creation of the world, are clearly seen, being understood by the things that are made; His eternal power also, and divinity: SO THAT THEY ARE INEXCUSABLE.”

St. Paul teaches that atheists are inexcusable because God’s creation proves His existence.  Vatican II, on the contrary, teaches that atheists can be excused.  This causes us to ask, “What bible was Vatican II using?”  It must have been the revised satanic edition.  Vatican II’s statement about those who don’t acknowledge God is not only condemned by St. Paul, but also by Vatican Council I.  Vatican I dogmatically defined the principle set forth in Romans 1 – which directly contradicts the teaching of Vatican II.

Vatican II falls directly under these anathemas by its heretical teaching above.

In Lumen Gentium 15, Vatican II teaches heresy on the issue of those who are united with the Church.  If one were to sum up the characteristics of the unity of the Catholic Church, it would be that the Church is united with those baptized persons who accept the Catholic Faith in its entirety and remain under the unifying factor of the Papacy.  To put it another way: those people with whom the Catholic Church is surely not united are those who don’t accept the Catholic Faith in its entirety or the Papacy.  But Vatican II lists those two criteria for unity and teaches just the opposite!

Vatican II document, Lumen Gentium # 15: “For several reasons the Church recognizes that it is joined to those who, though baptized and so honoured with the Christian name, do not profess the faith in its entirety or do not preserve communion under the successor of St. Peter.”[56]

Vatican II says that the Church is united with those who don’t accept the Faith and the Papacy.  This is totally heretical.  It’s the opposite of the teaching of the Church.  As we see below, it’s a dogma that those who reject the Papacy, or any portion of the Faith, are not joined to the Catholic Church.

Pope Pius IX, Amantissimus (# 3), April 8, 1862: “There are other, almost countless, proofs drawn from the most trustworthy witnesses which clearly and openly testify with great faith, exactitude, respect and obedience that all who want to belong to the true and only Church of Christ must honor and obey this Apostolic See and the Roman Pontiff.”[57] Pope Pius VI, Charitas (# 32), April 13, 1791: “Finally, in one word, stay close to Us.  For no one can be in the Church of Christ without being in unity with its visible head and founded on the See of Peter.”[58] Pope Leo XIII, Satis Cognitum (# 9), June 29, 1896: “The practice of the Church has always been the same, as is shown by the unanimous teaching of the Fathers, WHO WERE WONT TO HOLD AS OUTSIDE CATHOLIC COMMUNION, AND ALIEN TO THE CHURCH, WHOEVER WOULD RECEDE IN THE LEAST DEGREE FROM ANY POINT OF DOCTRINE PROPOSED BY HER AUTHORITATIVE MAGISTERIUM.”[59]

Vatican II document, Lumen Gentium # 15, speaking of non-Catholics: “For there are many who hold the sacred scripture in honor as the norm for believing and living, displaying a sincere religious zeal… They are marked in baptism… and indeed there are other sacraments that they recognize and accept in their own Churches or ecclesiastical communities.”[60]

The Catholic Church teaches that heretics repudiate the traditional Word of God.

Pope Gregory XVI, Inter Praecipuas (# 2), May 8, 1844: “Indeed, you are aware that from the first ages called Christian, it has been the peculiar artifice of heretics that, repudiating the traditional Word of God, and rejecting the authority of the Catholic Church, they either falsify the Scriptures at hand, or alter the explanation of the meaning.”[61]