... I wanted to share a couple of pictures from an article in BBC Indonesia about a Novus Ordo church having Islamic dancers dance during a 2019 "Christmas Mass".  You can see the Muslims standing on and dancing by the altar. 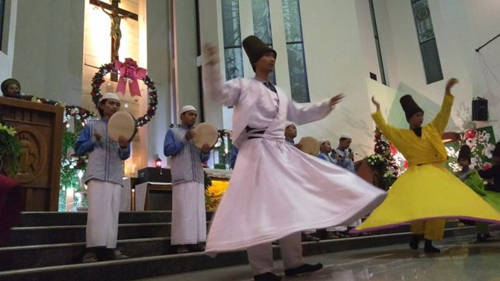 The article says that in the church were also present people of various religions, including Islam and Confucianism.  Of course they have altar girls as well. 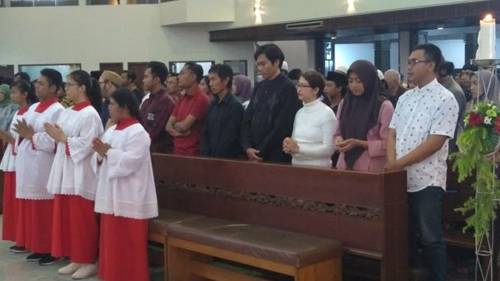 The "priest" gave an "appreciation speech" to those of different religions and was said in the article to have built interreligious relations with others through cultural art. 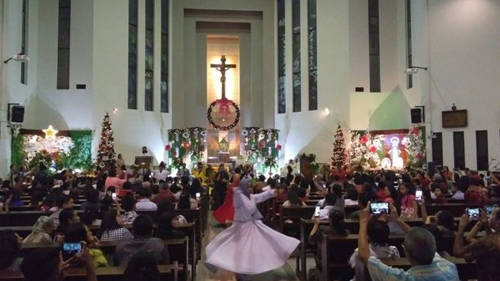 This is disgusting, though not surprising.