"As coronavirus spreads fear and panic across the world, streaming services have been observing a spike of interest in the 2011 movie Contagion. Starring Matt Demon, Gwyneth Paltrow and Lawrence Fishburne, the movie follows the outbreak of a deadly virus called MEV-1 and its disastrous impacts on society. Needless to say, in today’s context, Contagion is not a comforting watch. In fact, if the whole Coronavirus situation is already making you anxious, you should probably avoid Contagion. Because it will only make things worse.

In fact, the slogan of the movie is 'Nothing spreads like fear' – and that is basically the goal of the movie. To scare and to educate. Over eight years ago, I wrote the article 'Contagion': How Disaster Movies 'Educate' the Masses where I highlighted the main messages of this movie and the blueprint it lays it out for future epidemics.

Back in 2012, I found it important to analyze this movie because it is not simply a 'scary thriller'. In fact, there is nothing entertaining about that movie. It is an educational video. It is an 'ultra-realistic' depiction of a massive pandemic outbreak that takes place in real locations and that involves real organizations. Indeed, while the movie was directed by Steven Soderbergh, its narrative was shaped with input from the World Health Organization (WHO), the Center for Disease Control (CDC) and various specialists.

Here’s an excerpt of an interview with Contagion writer Scott Z. Burns about the involvement of these organizations in the making of the movie: CS: Were you able to get in touch with anyone from the World Health Organization (WHO)?

Burns: Yeah, I went to CDC in Atlanta a number of times. We actually shot part of the movie there, and we did have a lot of conversations with WHO throughout the process. Larry Brilliant and Dr. Lipkin helped us a lot in terms of reaching out to WHO, so they were very aware of the movie. In fact, we shot part of the movie there as well. The scene where Marion Cotillard walks in (to the office) in Geneva. – Coming Soon, CS Interview: Contagion Writer Scott Z. Burns

To put things in context, the movie came out a couple of years after the H1N1 crisis in 2008. After months of panic and a mass vaccination campaign, some studies showed that the WHO and the CDC grossly overestimated the number of actual H1N1 cases and pushed a vaccine that many deemed unnecessary. A movie like Contagion was a good remedy for this tarnished credibility.

In 2020, the world faces another major epidemic scare and Contagion becomes relevant again. Not only that, but mass media has also been casting a solid spotlight on it...

The movie begins by showing the various ways a virus can spread across the world in a matter of days.

Soon after, the virus reaches the United States...

In Contagion, the public is depicted as rather idiotic and prone to panic. 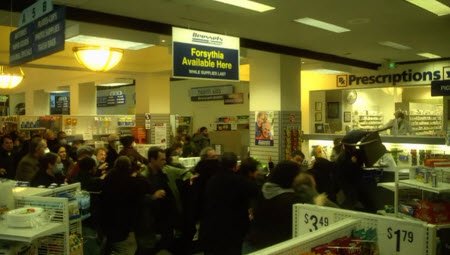 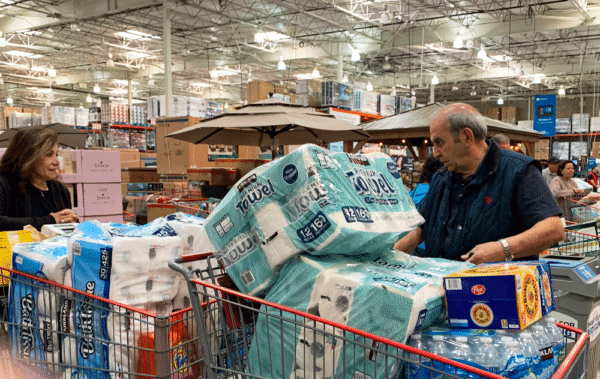 Buying tons of toilet paper in California: What people do when they’re scared but are not sure what to do.

In Contagion, the American government basically goes into hiding and specific organizations take over (which happen to be the organizations that helped to create the movie): The CDC (Center for Disease Control), the WHO (the UN’s World Health Organization), FEMA (Federal Emergency Management Agency), the American Red Cross and the U.S. Army.

Soon after, the State of Minnesota is placed in quarantine. 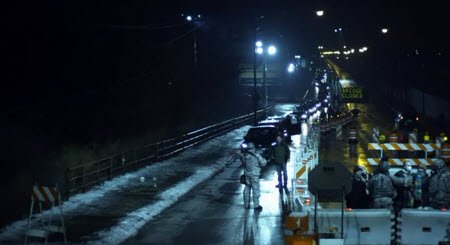 The U.S. Army controls the flow of traffic in Minnesota and blocks those who attempt to leave the state.

While, in 2011, the concept of putting entire states in quarantine was a fictional (yet plausible) scenario, it became a reality in 2020. As you might know, the entire country of Italy is currently in lockdown.

In Contagion, things go way further than 'containment'. The government declares Martial Law and people are directed to FEMA camps. 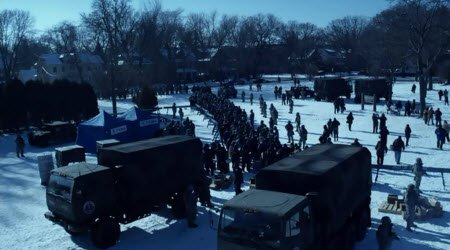 Civilians (even healthy ones) have their rights revoked and are directed to FEMA camps where they are fed and lodged. In this scene, the lack of 'individual meals' to feed all of the camp’s population causes a small riot.

After months of horror, panic, and death, a solution finally arrives: A vaccine. 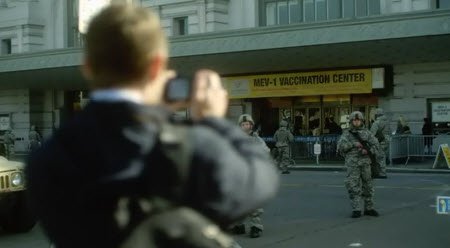 As soon as a vaccine is developed for MEV-1, vaccination centers pop up across the world.

In 2020, the ultimate solution to eradicate coronavirus will most likely take the form of a vaccine as well.

A recent headline from the Times of Israel about a possible coronavirus vaccine.

In Contagion, the vaccine is not only encouraged – it is mandatory.

An important part of the plot in Contagion involves a conspiracy theorist (played by Jude Law) who rants against the vaccine. 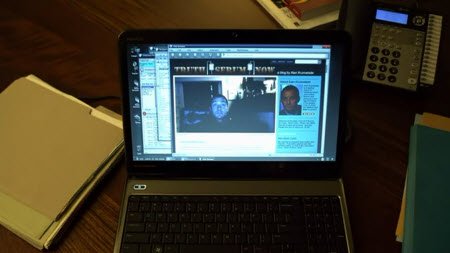 The conspiracy theorist runs a blog called 'Truth Serum' that is followed by millions of readers.

The blogger claims that a cure for the MEV-1 virus actually exists but it is repressed by the powers that be to sell vaccines. He also urges his readers not to take the vaccine that is given out by authorities.

In Contagion, the conspiracy theorist is depicted as a shady person with a questionable work ethic. The scientific community despises him...

The blogger is then set up by an undercover agent and gets arrested for 'security fraud, conspiracy, and most likely manslaughter'. 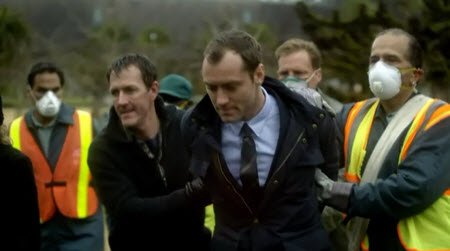 The conspiracy theorist gets arrested due to the contents of his blog.

In the end, it is discovered that the blogger was a fraud and that he made $4.5 million dollars off this false cure for MEV-1. In short, the movie tells the viewers that the government did the right thing by arresting the blogger.

In 2020, the fight against conspiracy theories about coronavirus is definitely on the agenda...

As I explained back in 2012, the aim of Contagion was not to entertain but to educate. It lays a blueprint for the process that needs to take place when an epidemic arises: Fear and panic. Breakdown of social order. Control and lockdowns. Social distancing. Mandatory solution and repression of those who oppose it.

While, in 2020, things might not go as far as in Contagion (let’s hope not), the movie mentally prepares people for what could happen. And therein lies the awesome power of mass media to shape and mold society on a global level