A horned Arizona man is facing a felony assault charge for allegedly slashing his wife with an eight-inch knife after he accused her of infidelity during an argument Sunday.

According to Glendale police, Juan Vargas Rodriguez, 53, began quarreling with his wife when she returned home from work. At one point, cops say, Rodriguez demanded that his spouse sleep in a closet. 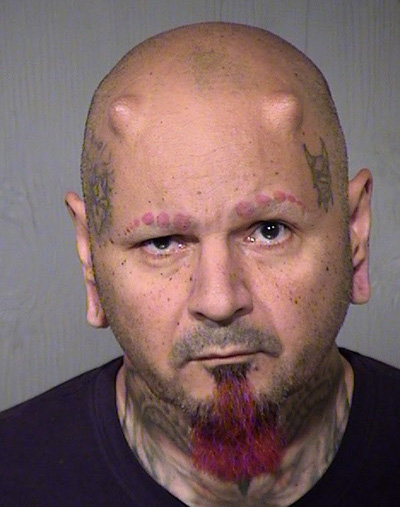