I always found it interesting that the Grand Lodge of Freemasonry for Ireland is a one minute walk away from our government parliament building, Dáil Éireann.

You can see they are a mere stone throw away from each other in this link. 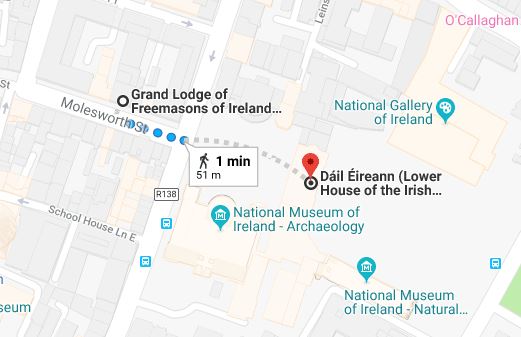 The full act can be viewed here.

Nowadays, Ireland is seen as one of the most culturally Marxist nations. I would agree with that assessment. The corruption in this country is astounding. I believe the masonic roots of this "republic" are connected to its deplorable state today.