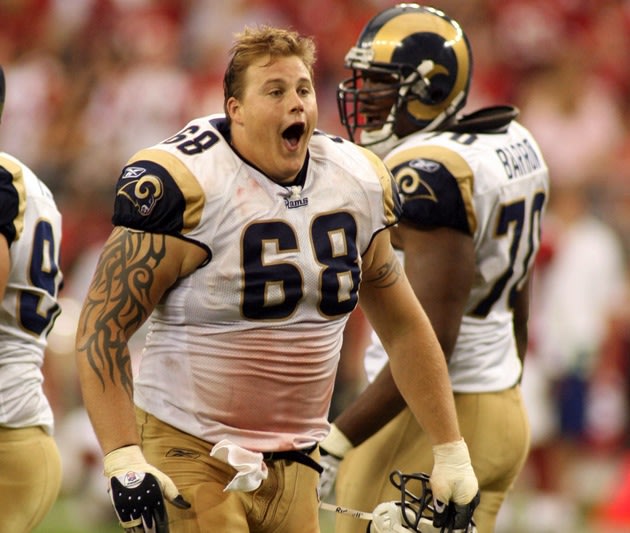 Richie Incognito with the Rams (USA Today Sports Images) Stories of NFL players' hazing experiences in other locker rooms have cast some perspective on what's happening in Miami with the Richie Incognito-Jonathan Martin situation, and it's only making the situation less pretty. Former NFL tight end Cam Cleeland spoke to the Los Angeles Times' Sam Farmer this week and relayed his experience with being bullied when he was a rookie in 1998 with the New Orleans Saints — an experience that scarred him mentally and nearly cost him his eye. Cleeland and his fellow Saints rookies were subjected to a team tradition of having to run a gantlet with pillowcases on their heads, taking hits from veterans — many of them drunk — who were using items to hit them. One such weapon was a sock filled with coins. That was wielded by Andre Royal, who connected on a shot with the makeshift weapon into Cleeland's eye socket, almost costing him his vision. The scars of the incident remain raw, 15 years ago.

"Guys were just rabid," Cleeland said. "And you had a couple guys in the front that would stand in a three-point stance, and you would fire off the line like he was going to knock you over."

Soon after, then-Saints head coach Mike Ditka — now an ESPN commentator — offered some advice for how the rookie should have handled things, Cleeland said.

Cleeland was a big man, checking in at 6-foot-5 and 270 pounds. He thinks that the idea that somehow because Martin also is a big man and should have defended himself because of that fact is ridiculous.

"Any NFL player that gives Martin a hard time — I don't know him — but any guy who says, 'This guy should have been a tough guy, should have stood up to him,' it's BS," he said.

Cleeland actually was a teammate of Incognito when he was a rookie in 2005. The retired tight end does not paint a pretty picture of Incognito's character based on that season together.

"I'm not afraid to say that he was an immature, unrealistic scumbag," Cleeland said. "When it came down to it, he had no personality, he was a locker-room cancer, and he just wanted to fight everybody all the time. It was bizarre beyond belief."