The Chicago Tribune on Wednesday published the results of a test into RF radiation carried out by an accredited lab. While not all of the iPhones the lab tested exceeded legal limits, one of Apple’s devices was among the worst offenders...

The Chicago Tribune tested 11 popular smartphone models by securing them below clear liquid to simulate human tissues while a probe tested the amount of RF radiation the liquid was exposed to. Based on the lab’s testing, several iPhone models actually tested beyond legal safety limits.

The iPhone 7 was the worst emitter. Its RF radiation levels were over the legal limit — and actually more than double the levels Apple reported to regulators when it submitted its own testing. 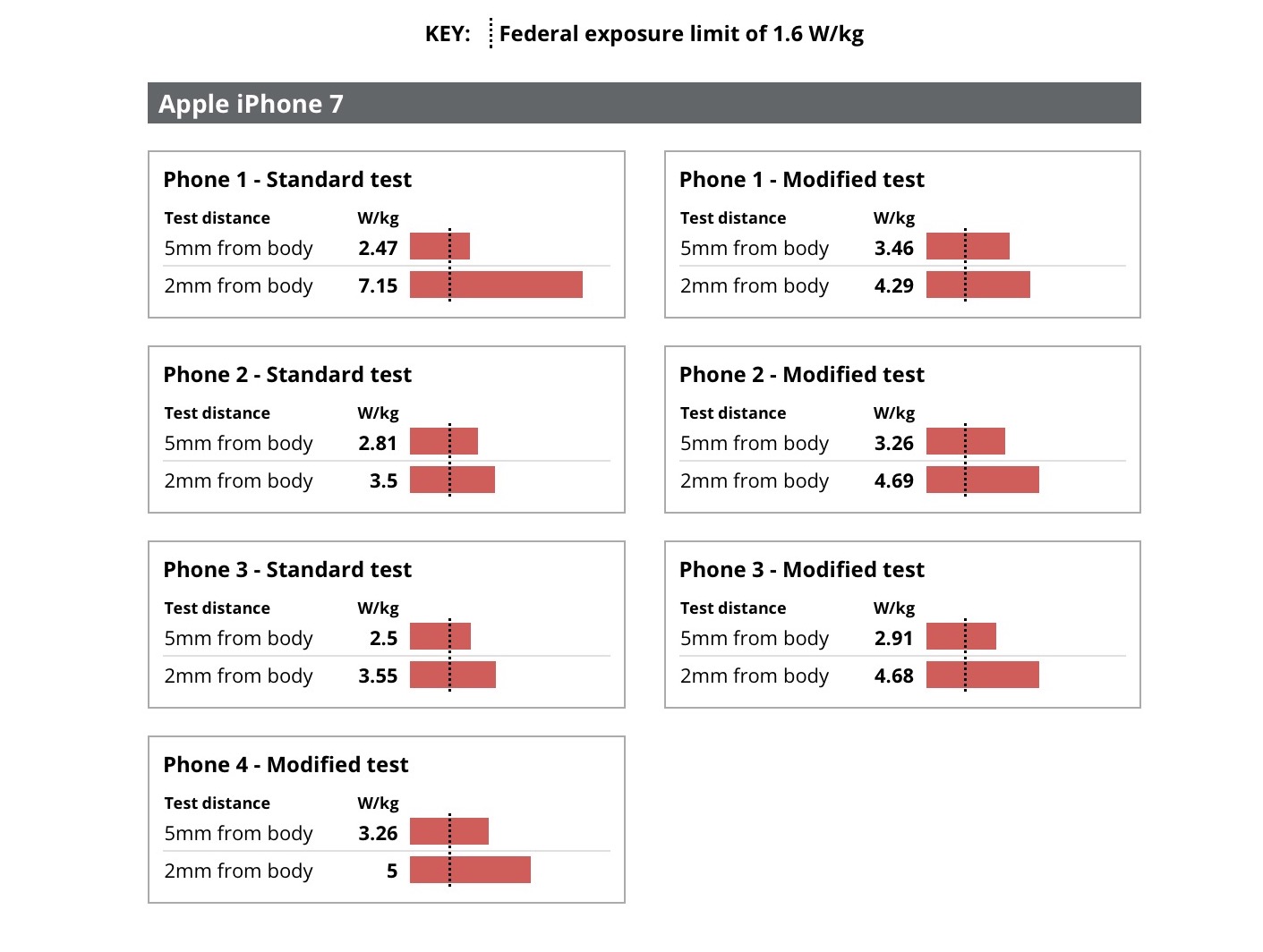 Other iPhones fared better. The iPhone X and iPhone 8 were only slightly over the limit in some testing, while the iPhone 8 Plus stayed within regulatory limits.

The newspaper then contacted Apple with the results, who indicated that they should redo the test with additional steps that “activate sensors designed to reduce the phones’ power.”

After the modified tests were carried out, the iPhone 8 tested below legal safety limits. But the iPhone 7 still did not.

The Tribune also tested other popular smartphone models by OEMs like Samsung, Vivo and Motorola. Many of those devices also tested above legal safety limits.