The media is predictably throwing a fit over the news.

British writer David Icke and Patriotic Alternative founder Mark Collett were also given their accounts back earlier this month. 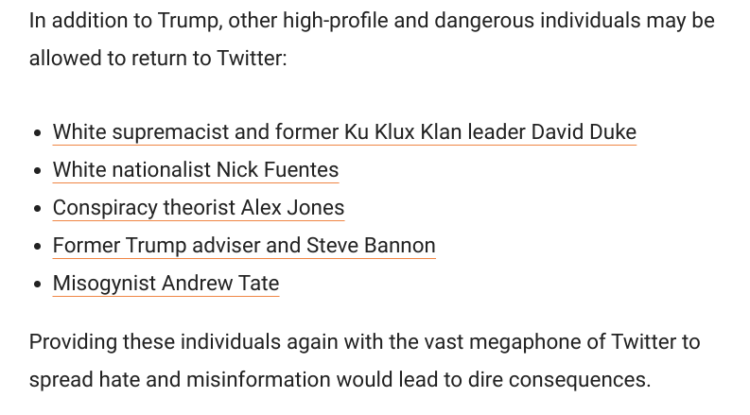