"Archbishop John Nienstedt, forced to resign in 2015 for protecting a convicted homosexual predator, is openly socializing with Detroit clergy. 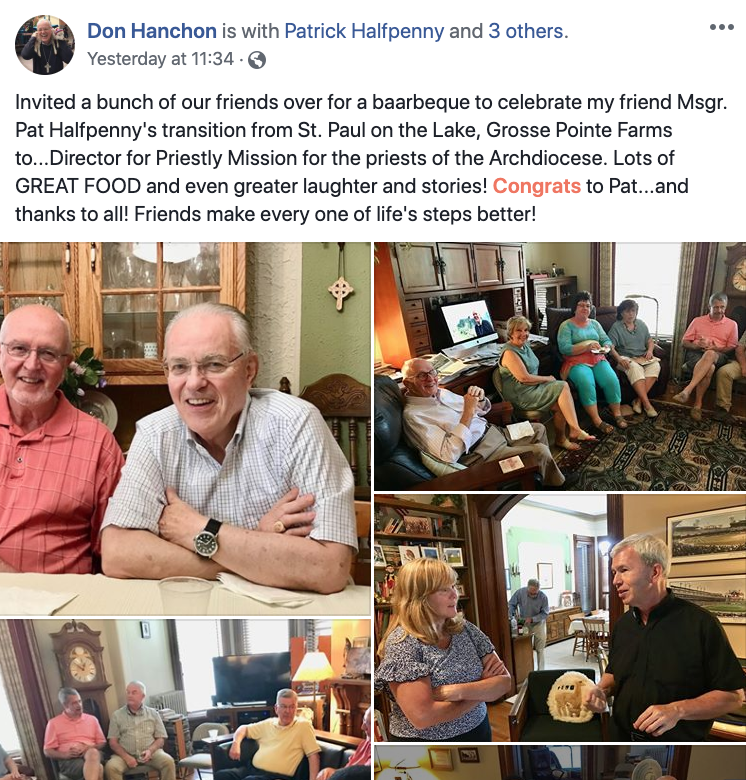 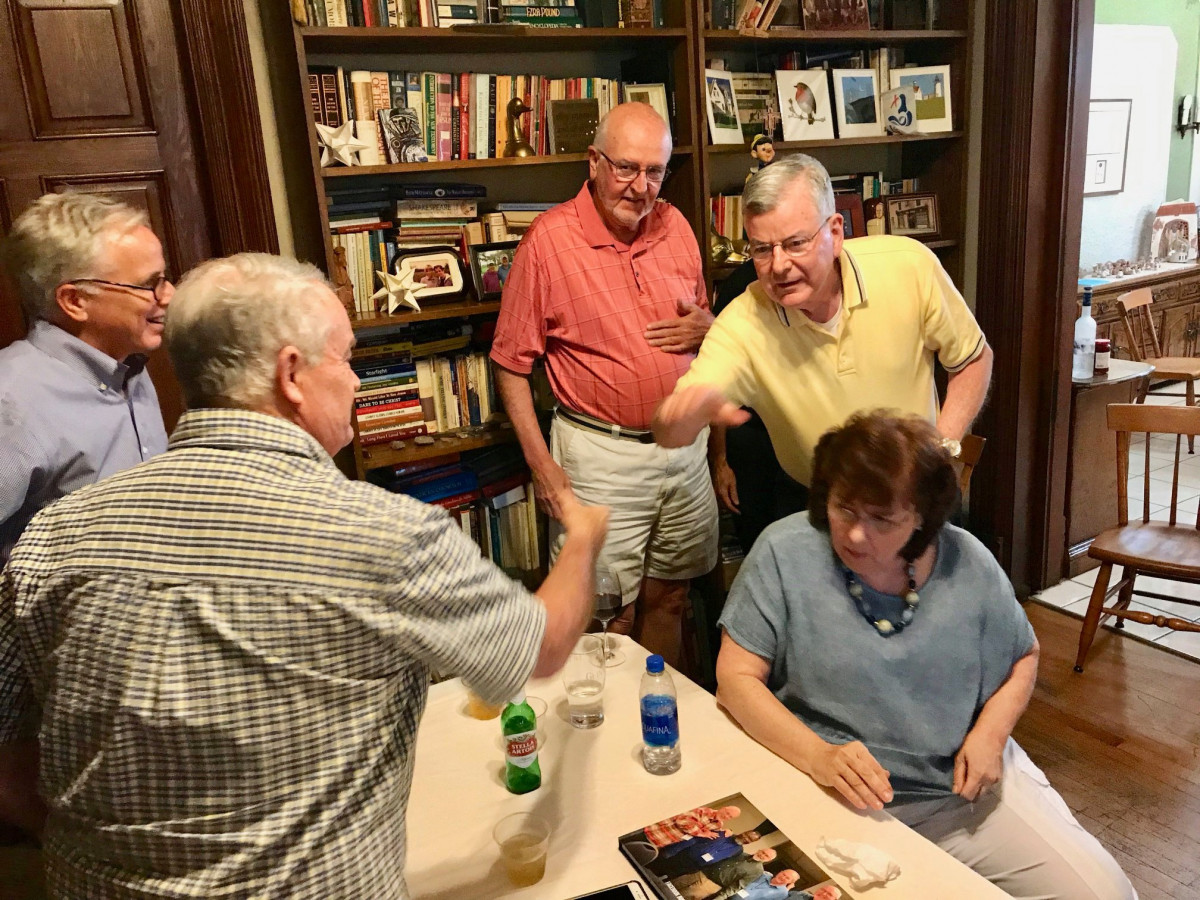 Abp. John Nienstedt is in the yellow shirt standing next to Msgr. Patrick Halfpenny, shown in a party at Bp. Don Hanchon's home. In photos posted July 11 on Auxiliary Bp. Donald Hanchon's public Facebook page, Nienstedt — the disgraced former head of the St. Paul-Minneapolis archdiocese, and a longtime friend of Detroit's Abp. Allen Vigneron — can be seen chatting, laughing and eating with Hanchon, Msgr. Patrick Halfpenny and Msgr. Daniel Trapp, along with others connected to the Detroit archdiocese. 'Invited a bunch of our friends over for a baarbeque [sic] to celebrate my friend Msgr. Pat Halfpenny's transition from St. Paul on the Lake, Grosse Pointe Farms to...Director for Priestly Mission for the priests of the Archdiocese,' reads the Facebook caption. 'Lots of GREAT FOOD and even greater laughter and stories! Congrats to Pat...and thanks to all! Friends make every one of life's steps better!' After a Vatican investigation, Nienstedt was forced to step down in 2015 as archbishop for failing to report allegations of child sex abuse by his alleged homosexual lover, Fr. Curtis Wehmeyer, who wound up serving five years' prison time for his crimes of sexual assault and possession of child pornography. Nienstedt's archdiocese has the distinction of being the first in U.S. history to be criminally prosecuted for sex abuse cover-up. Church Militant obtained nearly 1,000 pages of police reports, affidavits, witness interviews and more from the Ramsey County Prosecutor's Office revealing a disturbing picture of homosexual corruption — spearheaded by Nienstedt, who outwardly gave the appearance of orthodoxy while apparently leading a double life. Nienstedt and Vigneron have a 50-year friendship, attending seminary together, working together as rector and vice rector, respectively, at Detroit's Sacred Heart Major Seminary, and consecrated auxiliary bishops together in 1996.

Excerpt from 2015 testimony of Fr. Daniel Griffith, delegate for Safe Environment Hanchon and Halfpenny are also longtime friends of Nienstedt. As Jay McNally, former editor of the archdiocesan paper, reported: Vigneron today leads a small group of ideologues who were his seminary classmates and have risen to high levels of influence in the Church. Vigneron's lifelong network includes classmates and his best friend in high school, Msgr. Patrick Halfpenny, disgraced Abp. John Nienstedt and Auxiliary Bp. Don Hanchon. 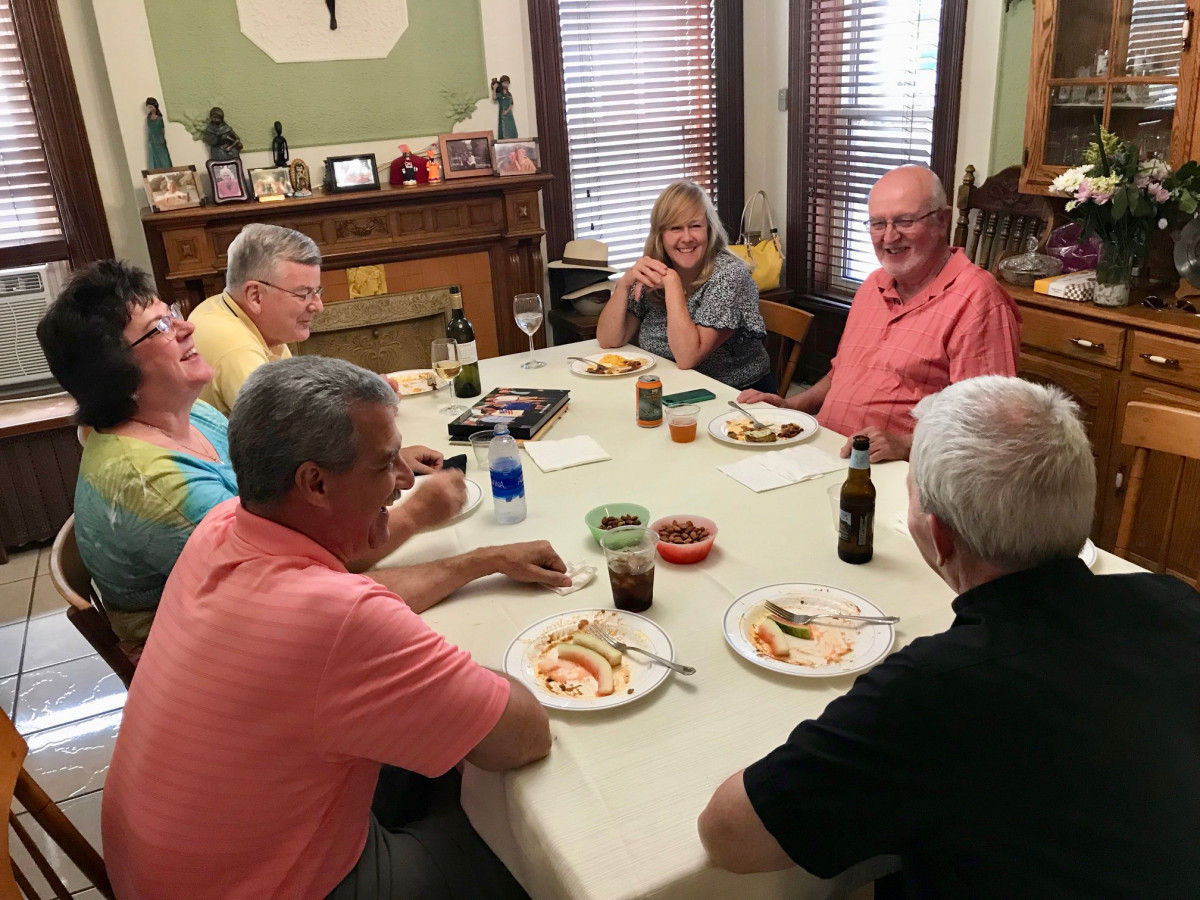 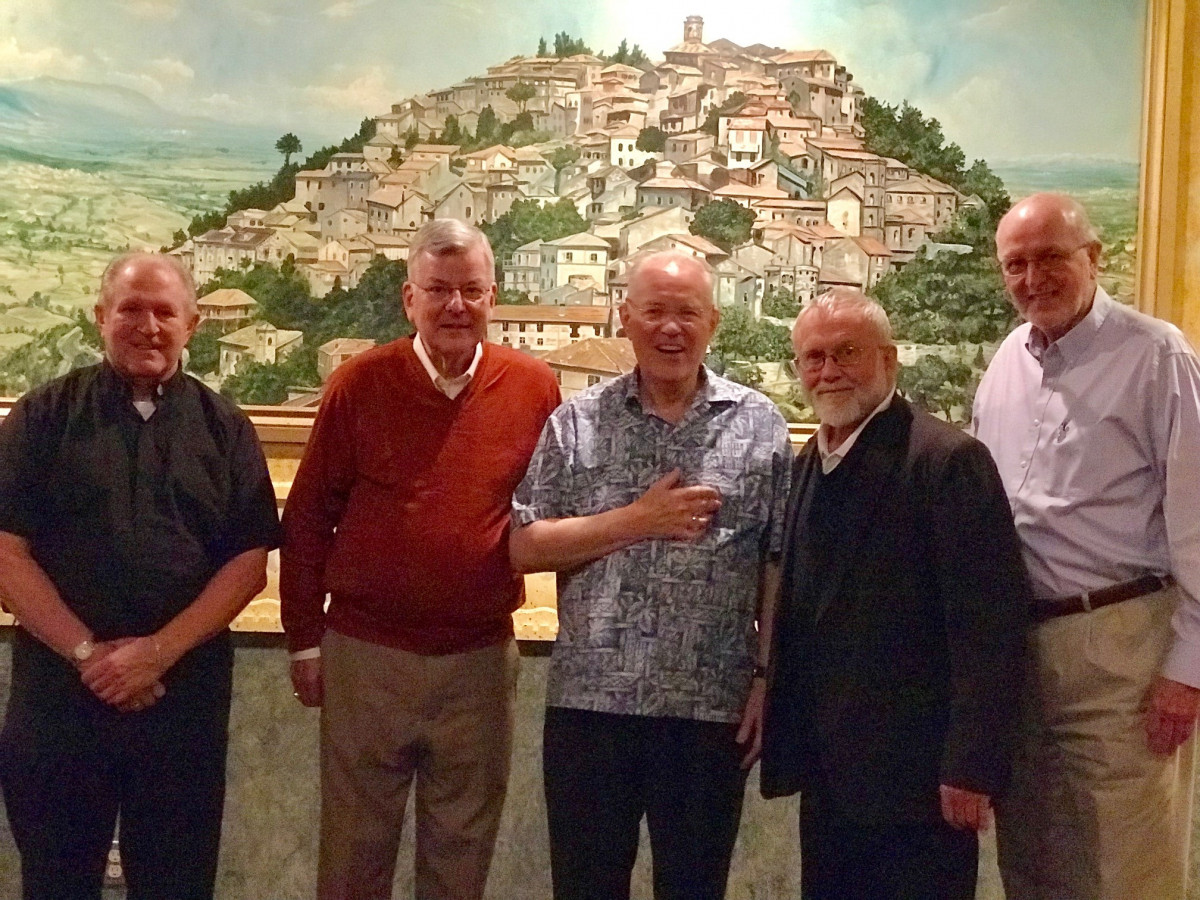 A May 7, 2018 photo posted on Hanchon's Facebook page. Nienstedt (in the red sweater) is standing next to Hanchon (blue-patterned shirt), and Halfpenny (far right). Documents also reveal Nienstedt gave Wehmeyer — eventually convicted and imprisoned for child sex abuse — preferential treatment, keeping him in active ministry for years in spite of multiple complaints of Wehmeyer's homosexual predation. The Detroit archdiocese seems untroubled by the evidence, with Vigneron allowing Nienstedt to take part in Sacred Heart Major Seminary's Presbyteral Mass last year. Photos posted on the seminary's Facebook page from June 19, 2018 show Nienstedt concelebrating the Mass, standing in the front next to the altar, as well as processing in with other bishops. 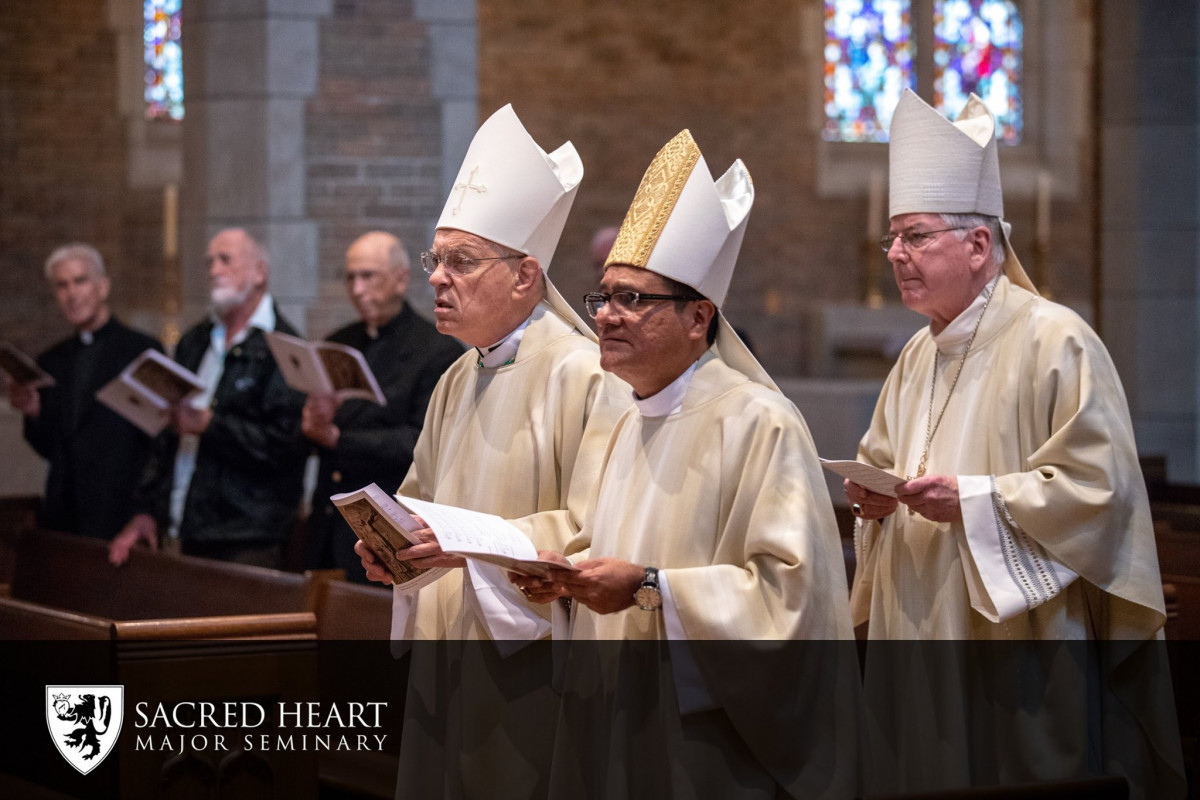 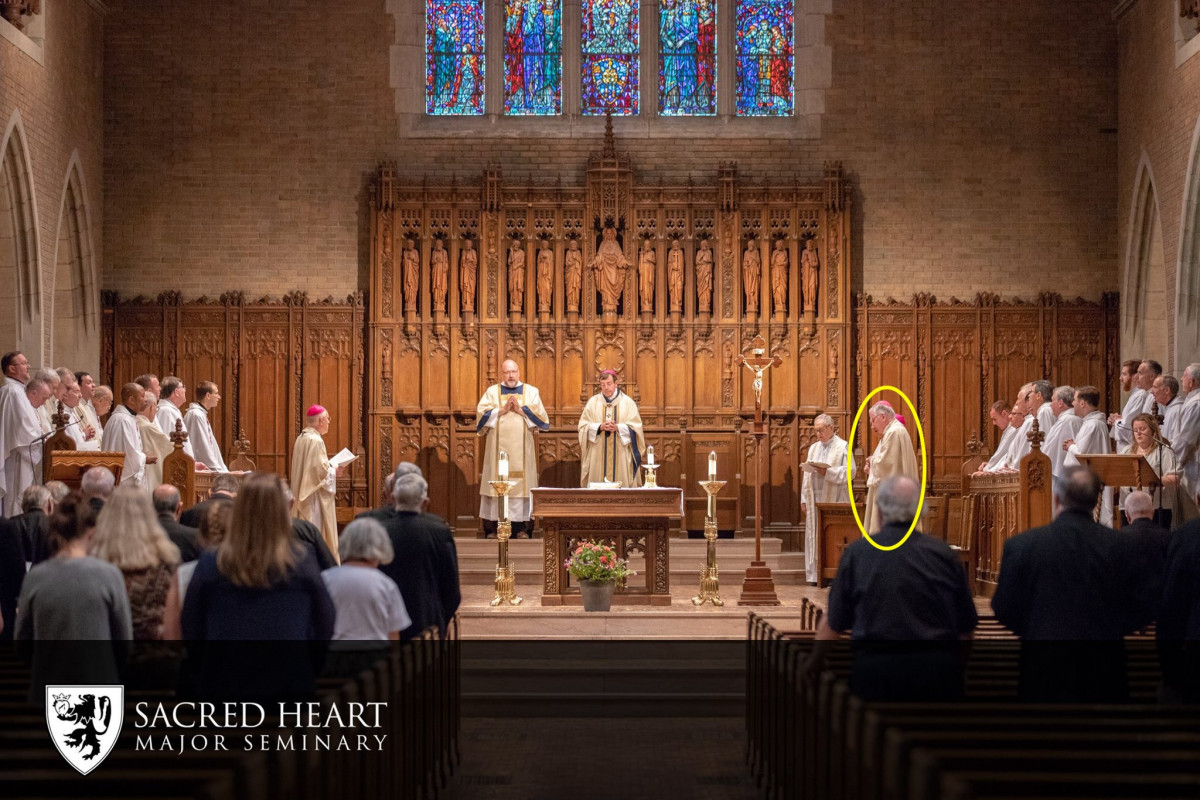 Abp. Nienstedt in front to the right of the crucifix... with Abp. Vigneron Meanwhile, the Detroit archdiocese is trying to raise $190 million in its current fundraising campaign, with nearly $20 million of that money going to CCS Fundraising, which is handling the campaign."