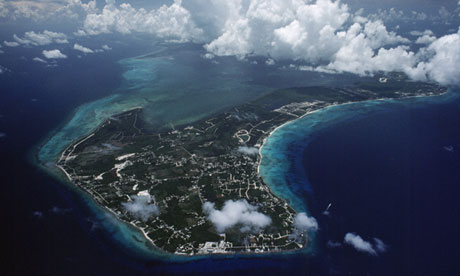 The Cayman Islands will turn over details of Americans' offshore accounts to US tax authorities. Photograph: David Doubilet/National Geographic/Getty Images The United States has signed agreements with the Cayman Islands andCosta Rica to help those countries' banks comply with an anti-tax evasion law starting next year, the Treasury Department said on Friday. The deals are part of the US effort to enforce the Foreign Account Tax Compliance Act (FATCA), which was enacted in 2010 and is set to take effect in July 2014. FATCA requires foreign financial institutions to tell the US Internal Revenue Service about Americans' offshore accounts worth more than $50,000.