Video has emerged of British police arresting an army veteran after the man shared a meme on Facebook that was claimed to have “caused anxiety” for someone.

51-year-old Darren Brady was arrested in Aldershot Friday for re-posting a meme of LGBT flags arranged in the shape of a swastika.

The meme was originally posted by conservative political activist Laurence Fox, whose Twitter account was subsequently locked, as reported by the Daily Mail. 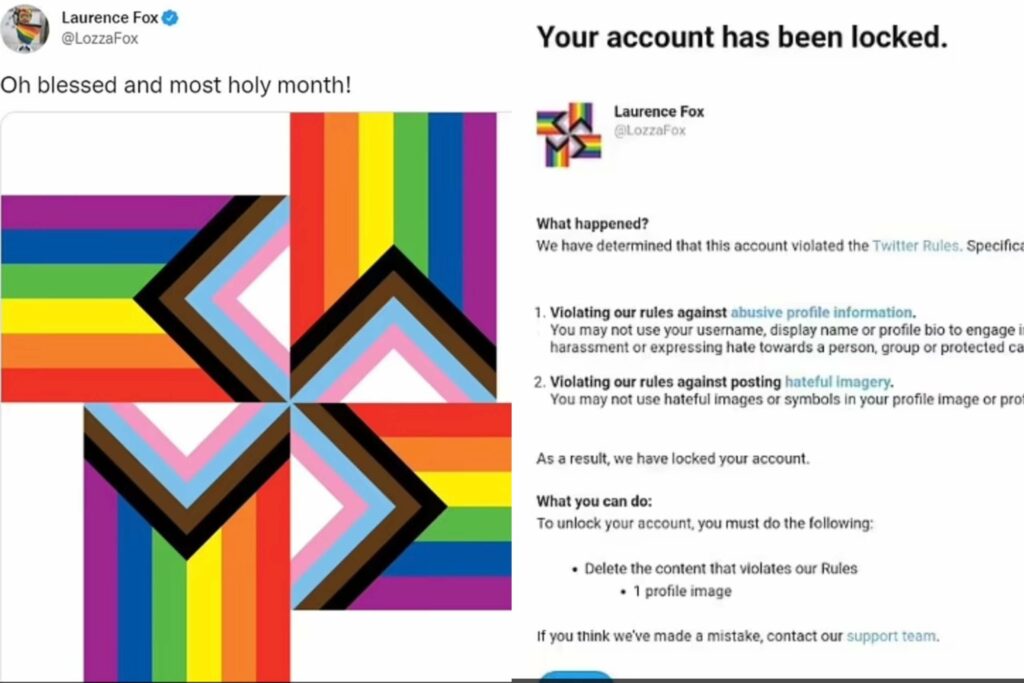 Fox explained that the meme is a way of bringing attention to Pride Month increasingly being “enforced with a sense of hectoring authoritarianism.” 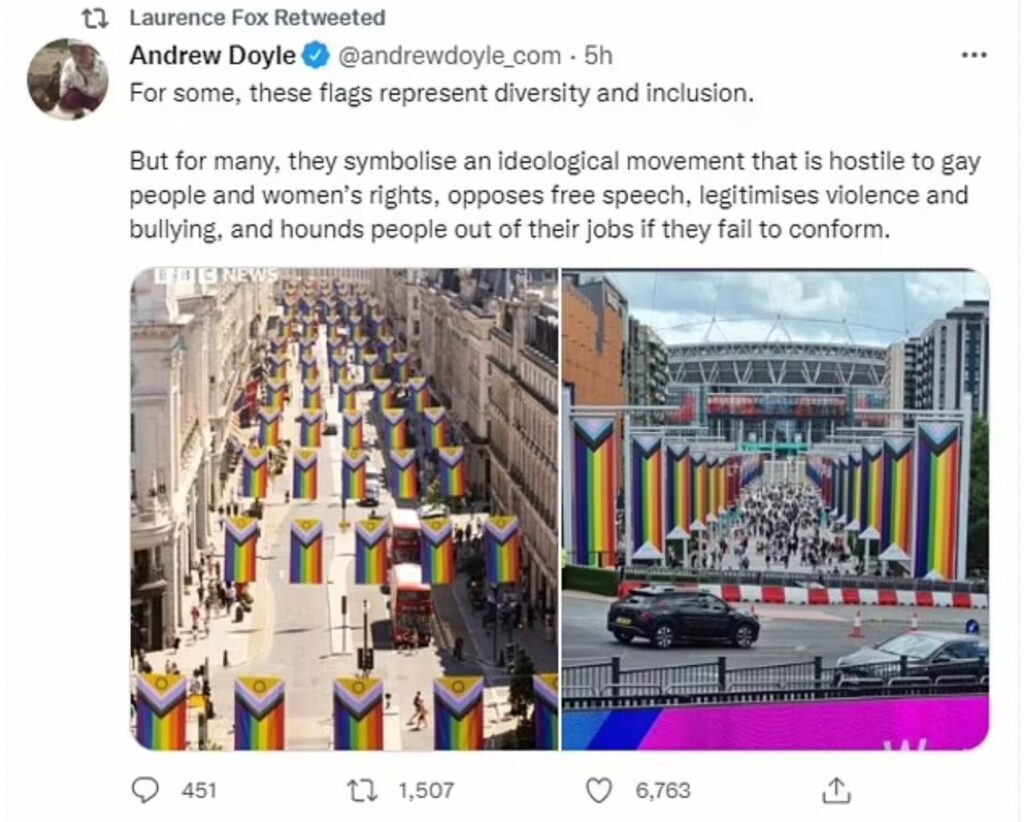 When Mr Brady re-posted the meme to Facebook, someone reported him to the police, who turned up at his house, not once but twice.

The first time, Brady said that the police gave him the ‘option’ of attending an “re-education course” at his own cost of £80 to avoid being arrested and potentially charged with a hate crime.

Police then returned ten days later and arrested Brady, as well as Harry Miller, a former police officer turned activist who tried to prevent the arrest.

Laurence Fox, who Brady also contacted in the intervening time, filmed the arrest.

In the footage, Brady asks the officers “Why am I in cuffs?” to which one of them responds “It didn’t have to come to this at all.”

“Tell us why you escalated it to this level because I don’t understand,” Brady asks the officers, to which one replies “Someone has been caused anxiety based on your social media post. That is why you have been arrested.”

“Someone has been caused anxiety based on your social media post. And that is why you’re being arrested.” British policing, 2022. pic.twitter.com/D4MZhbXq08