"Now when he [the Pope] is explicitly a heretic, he falls ipso facto from his dignity and out of the Church..." St. Francis De Sales (17th century), Catholic Doctor of the Church, The Catholic Controversy, pp. 305-306 :  The Catholic Teaching that a heretic cannot be a valid pope and loses the papal office automatically [PDF file] 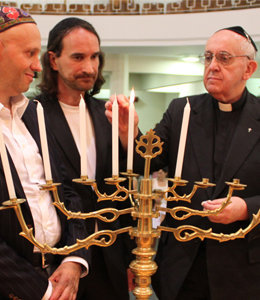 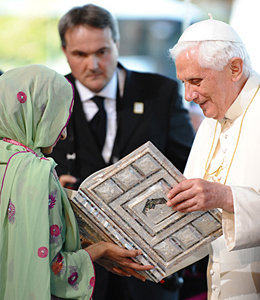 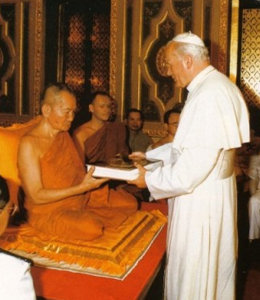 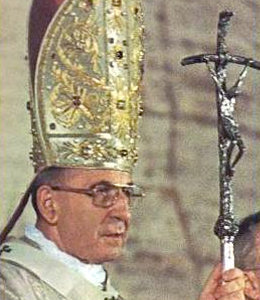 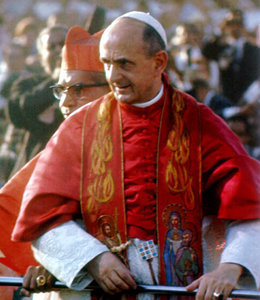 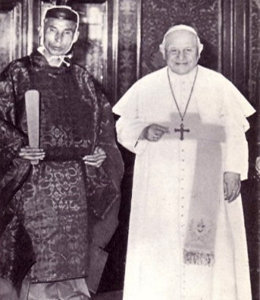 There have been 260 valid popes in Catholic history, and more than 40 antipopes (i.e., men who posed as popes but had not been truly elected).  There have been more than 200 papal vacancies (periods without a pope).  The facts available on this website prove that the last five men who have claimed be popes – Anti-Pope Francis, Benedict XVI, John Paul II, John Paul I, Paul VI and John XXIII, the men who brought in Vatican II – have been and are antipopes.  We prove that they are/were manifest heretics and not true Catholics.  This section defends Catholic teaching and the teaching of the true popes; it exposes manifestly heretical antipopes, for example Anti-Pope Francis, who have been falsely posing as leaders of the Catholic Church.

Paul VI (manifest heretic who claimed to be Pope 1963-1978) [section] - The most complete exposé of the heresies of Paul VI, the man who brought in Vatican II and the New Mass

The Scandals and Heresies of John Paul I [section]

Pope Paul IV solemnly declares that a heretic cannot be validly elected pope, even with the unanimous consent of the cardinals

Responses to 19 of the Most Common Objections Against Sedevacantism – Sedevacantism is the position that the Chair of Peter is presently vacant… This section proves that what is said on this website is perfectly compatible with all Catholic teachings, papal dogmas, the indefectibility of the Catholic Church, the indefectibility of the papal office, Christ’s promises to be with His Church, etc.

A complete list of the 42 antipopes in Church history In Catholic history there have been 260 valid popes, starting with St. Peter, and 42 antipopes – that is, men who claimed to be true popes but were not… some of them reigned in Rome for periods of time

The Catholic Teaching that a heretic cannot be a valid pope

St. Robert Bellarmine, De Romano Pontifice, II, 30:  "A pope who is a manifest heretic automatically (per se) ceases to be pope and head, just as he ceases automatically to be a Christian and a member of the Church.   Wherefore, he can be judged and punished by the Church.  This is the teaching of all the ancient Fathers who teach that manifest heretics immediately lose all jurisdiction."

St. Francis De Sales (17th century), Doctor of the Church, The Catholic Controversy, pp. 305-306 :  "Now when he [the Pope] is explicitly a heretic, he falls ipso facto from his dignity and out of the Church..."

The Vatican II sect's Protestant Revolution: the 1999 Joint Declaration with the Lutherans on Justification [PDF File]

Debate on Sedevacantism: Are the post-Vatican II claimants to the Papacy true popes? [Click here for a description of, and the link to, the 3 hr. debate]

New Sedevacantism Debate with William A. [link to description and audios]

Book: The Truth about What Really Happened to the Catholic Church after Vatican II

This book has 200 color photographs and over 1,700 references; it also reads like a manual so that even those just flipping through it will learn a lot