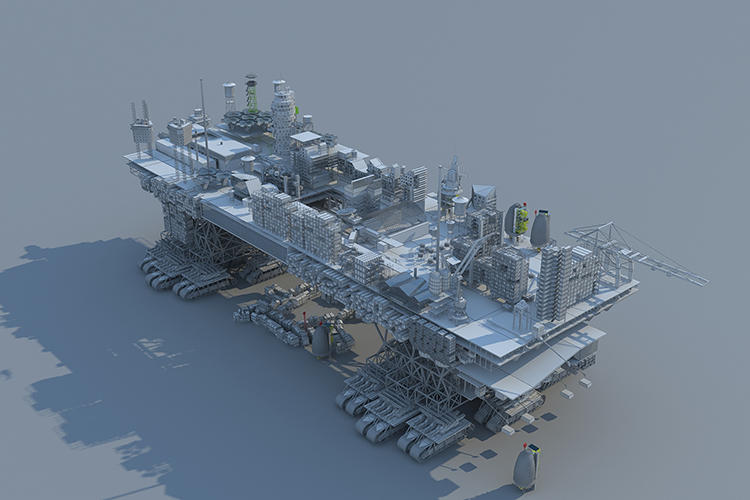 When a city struggles--much like Detroit is struggling today--residents move. But what if the city moved instead? Madrid-based architecture student Manuel Dominguez imagines a mobile, nomadic city with his design for Very Large Structure, a gigantic community on wheels. The structure stretches the length of five football fields and is nearly 600 feet tall, perched on caterpillar-like legs that run along a track. In Dominguez’s vision, the city would follow a schedule throughout the year, traveling to different places based on the needs of the region. Onboard, solar panels, wind turbines, and hydrogen would provide renewable energy for a full city, including hospitals, restaurants, libraries, universities, and sports stadiums. Could something like this actually exist? Theoretically, yes. Dominguez deliberately chose existing technology to make up each part of the structure, including open-air mining machinery, logistics equipment at super-ports, space technology, and eco-villages.