GLASGOW — This story is not for the queasy. So fair warning – stop reading now if you can’t handle the sight of ghastly human injuries.

Mrs. Sarah Beuckmann received her first dose of the experimental AstraZeneca viral vector shot on March 18, according to The Daily Record. She immediately felt flu-like symptoms, but was otherwise ok – until seven days later. A tingling sensation in her legs quickly turned into a rash that morphed into something you only see in horror movies. 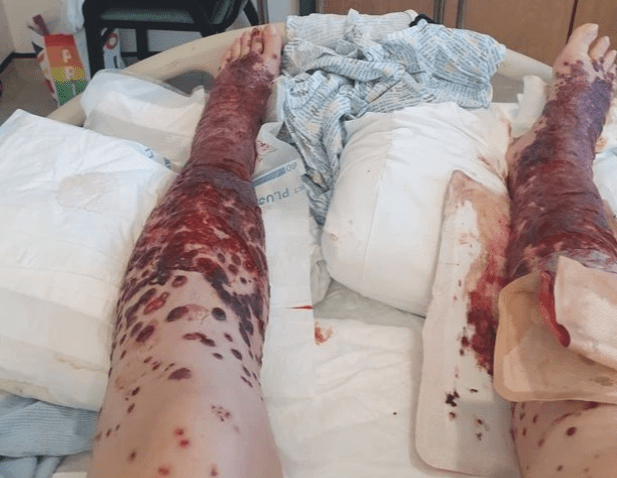 Her husband took her to the A&E (accident and emergency department) at Queen Elizabeth University Hospital. Doctors immediately placed her on an EKG machine, as her resting heart rate exceeded 160 beats per minute.

The hospital performed tests to determine if she had herpes or HIV, to no avail. Two biopsies determined that she had an adverse reaction to the experimental shot. Doctors treated the condition with steroids. But not before it spread to her fingers and face. 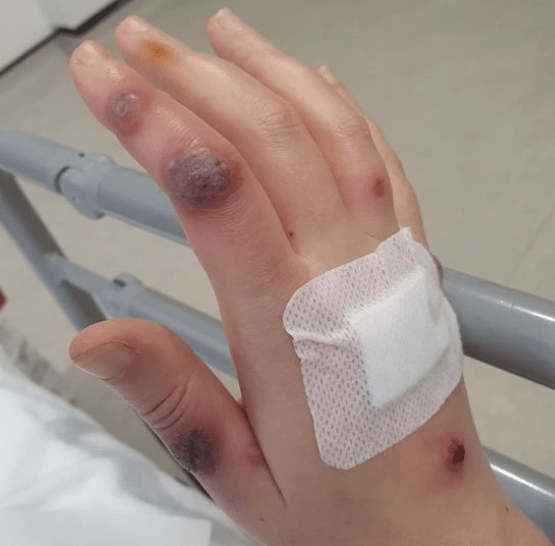 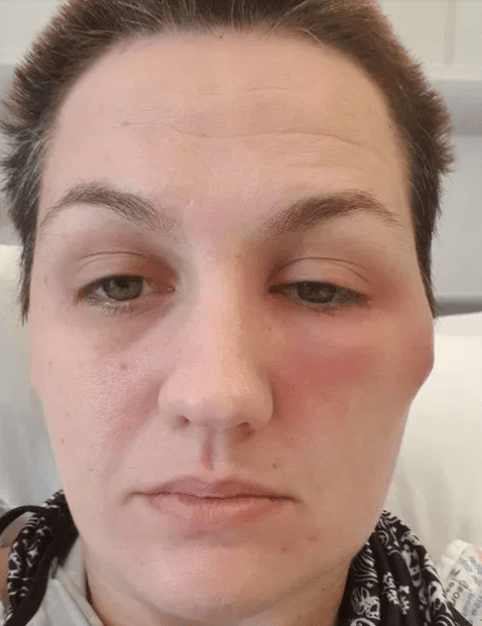 Doctors gave her morphine to mitigate the pain. Mrs. Beuckmann told the Daily Record that she thought her legs would need amputating if the condition did not improve.

The mother of one ended up spending 16 days in the hospital before being released on April 12. However she will require physiotherapy to restore strength in her legs. Nurses come to her home to change the dressing on her legs daily.

Mrs. Beuckmann is “ineligible” to get the second shot due to the adverse reaction. But she is encouraging others to get the shots despite her adverse reaction. “I’m not an anti-vaxxer or anything,” she said. “I still believe people should be vaccinated and the amount of people that have had it and have been okay shows that it is safe for most.”