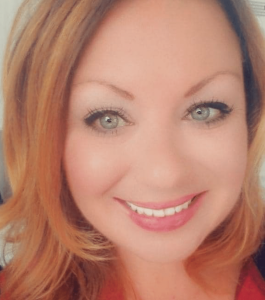 Ms. Jolene Robyn Kolenosky, aka Jolene Topham, received her first mRNA injection on October 13, according to several friends and family members on Facebook. It’s unclear whether it was Pfizer or Moderna (and it doesn’t matter).

It definitely wasn’t AstraZeneca because Saskatchewan stopped using that brand allegedly due to “supply issues” in May. But the real reason is because several countries across the globe stopped using AstraZeneca in March due to numerous reports of blood clots...

Ms. Kolenosky went on about her life as normal after the shot. She and one of her best friends, Kristen Wolffe, went on a long road trip the next day to celebrate Kristen’s birthday. Ms. Kolenosky planned a trip to Jamaica for her 40th birthday in February 2022. That’s the only reason she received the mRNA injection since Canada requires the injections for international travel.

The duo returned home from their trip without issue. But everything changed one day later.

Ms. Kolenosky woke up on Saturday, October 16 and immediately knew her situation was dire. She vomited non-stop and lost control of her bowels, according to her lifelong friend, Steven Swain. “It was like a freight train hit her,” he said. The next day, Ms. Kolenosky woke up “disoriented and delirious, kind of like signs of a stroke,” Mr. Swain said in a TikTok video.

By the time Ms. Kolenosky got to the hospital, there was blood pooling behind her eyes and her body was covered with bruises that spontaneously came from nowhere. Her heart stopped at least twice before all the rest of her organs failed. Ms. Kolenosky passed away Sunday evening, October 17. What makes the story more gut-wrenching is the fact Ms. Kolenosky had so-called COVID-19 and recovered from it this past spring. Thus, she had natural immunity... 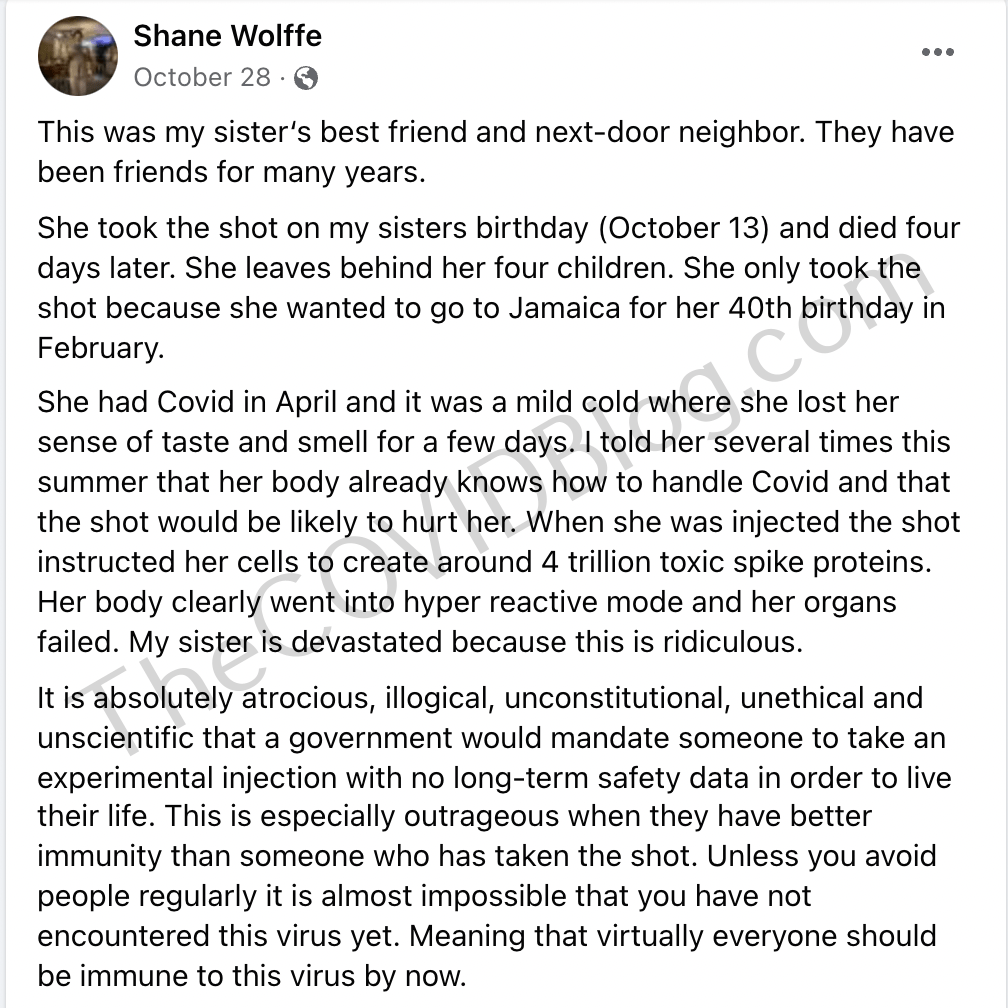 Ms. Kolenosky’s family and friends are all raising awareness about the deadly effects of the mRNA and viral vector DNA injections using the hashtag #HerNameWasJolene.